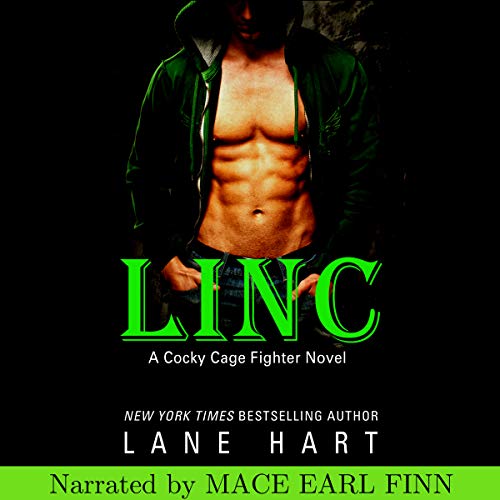 Okay, so maybe I'm not in love with Eve Kelly, but I'm completely freakin' obsessed with her, addicted even. Hell, I know that for years I've been using Eve as an escape from reality. Why? Because my heart was not only ripped out of my chest by my high school sweetheart - she crushed it into so many pieces that I still haven’t found them all.

I didn’t consider the possibility I could fall even harder for her.

With only 13 months between us, a few pounds, and slightly different shade of blue eyes, there’s nothing else preventing Mandy and I from passing as identical twins. In fact, the crowd of disgusting, perverted men doesn’t seem to have the slightest idea they’re actually being scammed. If I can just get through two hours of taking selfies with drunk bastards, I'll be able to go home, shower in Clorox, and get back to my normal life.

Or at least that was the plan, until a gorgeous MMA fighter paid a shitload of money for Eve to give him a private lap dance.

Warning: This audiobook is intended for 18-plus only because it contains explicit sex scenes, adult language, and some violence!

Even more in Love this time around

I forgot how much I loved Linc. He is such a gentleman, sexy as hell and just... SWOON.
Mace Earl Finn did an absolutely phenomenal job with this book- he is my favourite narrator for this series so far!

Mandy (Eve Kelly) has an addiction to drugs and her twin sister Claire is once again picking up the pieces. When Mandy can’t perform Claire agrees to fill in so that the loan shark that she owes money to won’t hurt her. She hated every minute of it but when the financial payment for a lap dance with Linc is too much to resist it changes both their lives.

Claire is a good person who is willing to do anything for her family while Linc is a man who has endured a tragic past. Their journey is far from easy but after all they have been through it was great to see them get the happy ever after they both deserve. I though the narrator did a great job but I would have preferred to have a male and female narrator.