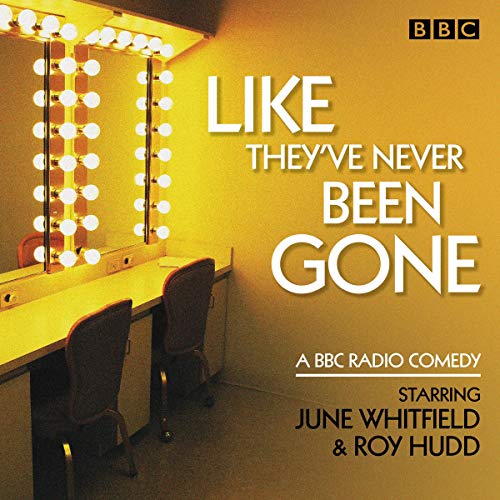 June Whitfield and Roy Hudd star as singing sweethearts who attempt a comeback in this hilarious BBC Radio 4 sitcom.

Tommy Franklin and Sheila Parr, winners of the 1962 Eurovision Song Contest, find themselves unexpectedly thrust back into the limelight. The trouble is, they can no longer stand the sight of one another.

As fame beckons for a second time, they must put aside their differences to deal with publicity problems, a threat from Tommy’s dodgy past and their sneaky agent’s scheme to sell off their back catalogue. Plus, they hit stormy waters performing on a cruise ship, test their memories by writing their memoirs, set out to launch a train company and try to sort out their son Murray’s career and love life. Will the showbiz couple make it big once more and finally achieve the recognition they deserve?

Mike Coleman’s popular radio comedy ran for four series between 1998 and 2002 and starred comic legends June Whitfield and Roy Hudd as Tommy and Sheila, with beloved comedy actress Pat Coombs as their much put-upon housekeeper Hetty. Among the guest stars were Ned Sherrin, Les Dennis and Emma Kennedy.

What listeners say about Like They've Never Been Gone