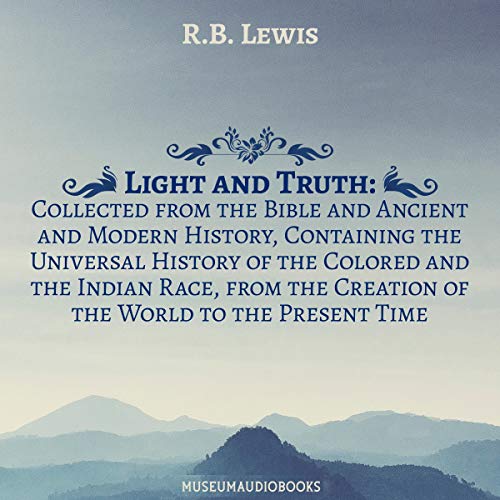 Robert Benjamin Lewis (1802 - 1858) was an African American and Native American author, inventor, and entrepreneur. In the ethnological work Light and Truth, Lewis claims that Adam and Eve were people of color, as were the Egyptians and many great figures of the ancient world, including Julius Caesar and Plato. Denouncing notions of white superiority, he asserts that all humans have a common origin, and pointed to a shared cultural history between Africans and Native Americans. Based on information gleaned from the Bible and from secular sources, Lewis’ spirited account of the history of the colored race is considered an early example of black liberation theology.

What listeners say about Light and Truth