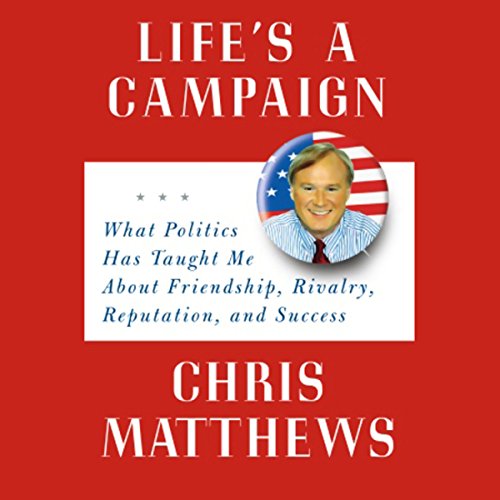 Famous for demanding the truth from his Hardball guests, Chris Matthews reveals how the people running this country got to the top and exposes the tactics, tricks, and truths that help people get ahead. He can help you, too, whatever your field of ambition. Here are the methods, showcased in fascinating anecdotes and case histories, that presidents, senators, and other powerful people use to persuade others and win - and the life lessons they provide for the rest of us.

You'll learn about Bill Clinton's laser-focused ability to listen to those he wants to seduce and how he's been teaching that craft to his wife, Hillary; how Ronald Reagan employed his basic optimism to win history to his side; the simple steps in human diplomacy that the first President Bush exploited to assemble a worldwide posse to attack Saddam Hussein and gain global approval in a way his son has failed to do; and how Nancy Pelosi became the first woman Speaker of the House by practicing the most fundamental of human qualities: hard-nosed loyalty. You'll also find out, for the first time, about Matthews' own wild ride through the turbulent, converging rapids of politics and journalism.

The big payoff in Life's a Campaign is what you'll learn about human nature, and how mastering and employing these truths separates the leaders from the followers.

What listeners say about Life's a Campaign

I likes that the author is the one that narrayes it,
Very interesting to get to find out what it is like up in the political world

It was interesting. I enjoyed the history and his inside knowledge of DC politics. His leap of transferring this experience into suggestions for how to be a better friend, etc. was a stretch.

If you’ve listened to books by Chris Matthews before, how does this one compare?

What does Chris Matthews bring to the story that you wouldn’t experience if you just read the book?

Having Chris read the book added to the experience.

Forget Politics, this is Everyday advice

This book is fantastic. Whether you watch his show or not, this book really has some great career advice no matter what field you are in. He provided some great examples. Definitely something worth listening/reading too.