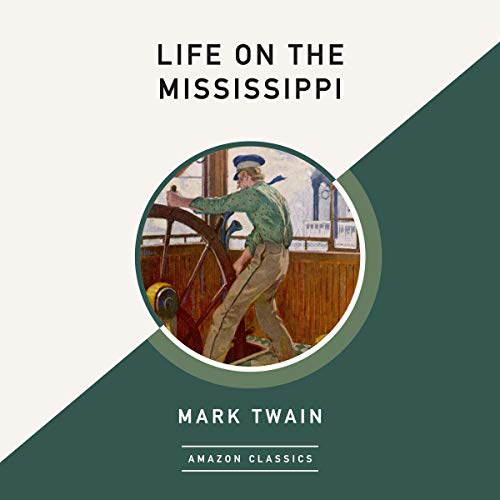 Life on the Mississippi (AmazonClassics Edition)

Told in the unmistakable voice of America’s immortal storyteller, this chronicle of a vanishing past is a tale of two journeys. The first is that of Samuel Clemens, young antebellum-era steamboat pilot who navigates wide-eyed passengers on the Mississippi. And the second tells of a reflective Mark Twain. He’d return, years later, to observe the inevitable and dismaying post-Civil War developments along the currents of the ever-changing Great River.

Combining history, travelogue, and memoir, and sketched with humor and some likely tall tales, Life on the Mississippi offers insight into the making of Mark Twain, and a life that inspired his greatest novels.

What listeners say about Life on the Mississippi (AmazonClassics Edition)

Real classic told with great flair and attention to how the author wrote. I think all ages will always love this tale and this audio version is fantastic.

wonderful lesson of understanding the Mississipi

Thoughorly enjoyable story of the vagueries of Piloting a steamboat on the Mississipi, with particular learning of the SHAPE of the River