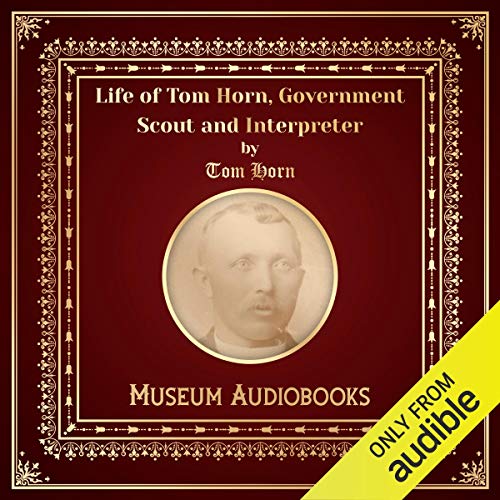 Thomas Horn Jr. was an infamous figure in the 19th-century American Old West. Cowboy, soldier, government scout, translator, and gunman, Horn’s storied life has become an important part of western folklore. In 1902, he was convicted for murdering a 14-year-old boy after a run-in during a feud with a cattle rancher. The Life of Tom Horn is his life story in his own words, written from prison before he met his fate at the gallows the following year.

What listeners say about Life of Tom Horn, Government Scout and Interpreter

There hasn’t been enough school history to past personalities like Tom Horn. Doubtless there are many others to credit for the early settling of the US, and doubtless our education system would hide and condemn the real history of our country for for a more “PC” history, which is probably why we don’t hear more accounts like this one.

I found this true life story of Tom Horn a very interesting listen. I recommend this book was part of the history of the American great West. shuffle