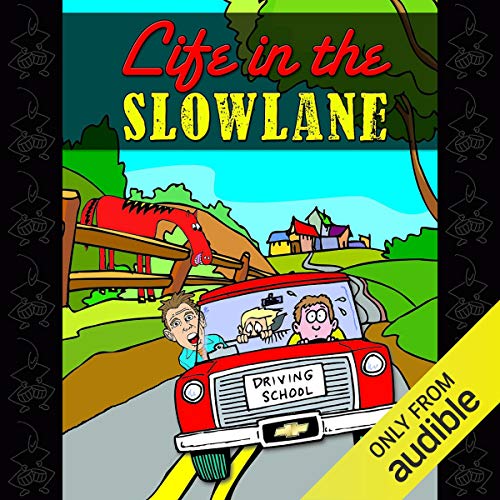 Life in the Slow Lane

A satirical telling of the author's experiences as a Drivers Ed instructor. Being an instructor for a private Drivers Education company sounded like the launch of a career that would last a lifetime.... Not! Thomas's "carma", was a short, but colorful, stint in the instructor's seat. The author learned more than he wanted about driving cars better suited for the junk yard, nice kids with angry parents, suburban angst, and being a buckled-in therapist. It's an irreverent account of one man's descent from hope to a struggle to escape the chaos of subprime suburbia. Life in the Slow Lane celebrates the humor, resolve, and intelligence teenagers use to survive the dysfunctional world their elders have created. Let's just say they were lucky to have Thomas controlling the brakes.

What listeners say about Life in the Slow Lane