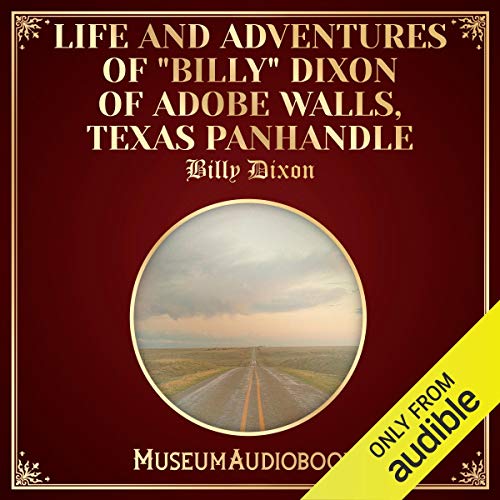 The life story of Billy Dixon, a buffalo hunter and scout from the Texas Panhandle who was active as far as Colorado, Kansas and Oklahoma, offers a genuine depiction of life on the old western frontier. Billy helped found the town of Adobe Walls, ended a siege during the Second Battle of Adobe Walls with a long-distance shot, and received the US Medal of Honor for his bravery at the Buffalo Wallow Fight. Billy later served as postmaster at Adobe Walls, sheriff of Hutchinson County, Texas, and state land commissioner.

What listeners say about Life and Adventures of "Billy" Dixon of Adobe Walls, Texas Panhandle