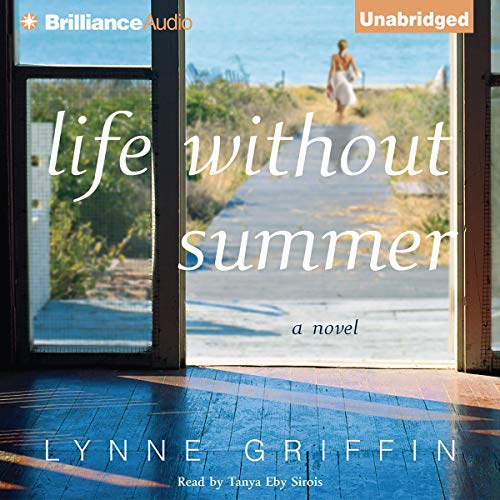 Tessa Gray is beginning to fight her way through the death of her child. Outside the gate of her preschool, her only child, Abby, was hit and killed by an unknown driver. The police claim there is little evidence and no witnesses. Abby's death is deemed unsolvable. Tessa, a staircase of emotion, reluctantly agrees to her husband's request that she see a therapist.

Tessa begins to confide in her therapist Celia. Listeners learn Celia is remarried to Alden, a man whose outward demeanor is centered and safe; a man her son Ian despises. In sharp contrast is her ex-husband Harry, an animated, sensitive man who dealt with the loss of his own beloved daughter by drowning his family in alcohol. As Ian descends into depression, Celia, a strong advocate for counseling for everyone but herself, fights Harry to get Ian help.

The investigation stalled, Tessa vows to find out Abby's murderer herself. She becomes obsessed with a list of repeat drunk driving offenders in the area. She's desperate to do anything to keep herself from falling into the grief abyss, and hopes the list will lead to answers about what happened to Abby. As Celia inadvertently brings Tessa closer to finding and accepting the truth about what happened to Abby, Tessa unknowingly brings Celia closer to facing the death of her own daughter. The women's lives converge when the answers one needs turn out to be the other's only chance for peace.

What listeners say about Life Without Summer

How could the telling about the death of a beloved child be riveting? How could feeling the emotional pain with the parents, their despair, their anger, their frustration, their need for justice, their hope rivet someone. That's just how good this story and story-teller is. The topic is one a mother hopes never to experience yet it was so sell crafted, so realist, so well narrated that it did keep me listening, hoping and yes at the end, satisfied. You too would enjoy this tale.