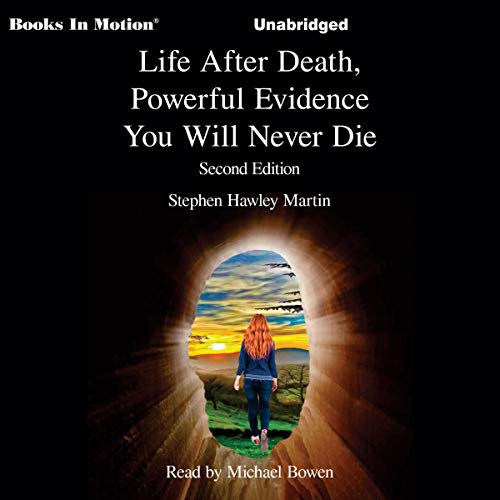 Life After Death, Powerful Evidence You Will Not Die

What happens when we die? This new edition of Life After Death adds to powerful evidence consciousness which continues the author presented in his 2015 release. He spent two years gathering information that demonstrates this and along the way interviewed more than a hundred experts in a number of different fields. Among them were parapsychologists, medical doctors, psychologists, psychiatrists, quantum physicists, and researchers into the true nature of reality.

Specific examples are presented that indicate what happens when we die, for example, that memories can be formed and retained despite a subject's brain having been shut down and the blood drained from it. Questions such as whether or not you will be able to communicate with living loved ones after death are addressed, if it is possible to be reborn, and what might be missing from reproductive theory to explain the various phenomena indicated in the many case histories and scientific investigations presented.

All of us will someday cross the border to what Shakespeare called "the undiscovered country". As long as we must make that trip, wouldn't it be smart to find out where we are going and what to expect when we get there?

What listeners say about Life After Death, Powerful Evidence You Will Not Die

I was enlightened by the content, thought provoking and extremely powerful examples to prove his case

Sorry but was really keen to read this and was very disappointed. Too generalised but the point where I stopped reading was the incorrect and way out interpretation of scripture, particularly Christ's words. Clearly writing without a knowledge of theology and Christian faith. Christ did not preach reincarnation. Read Hebrews.