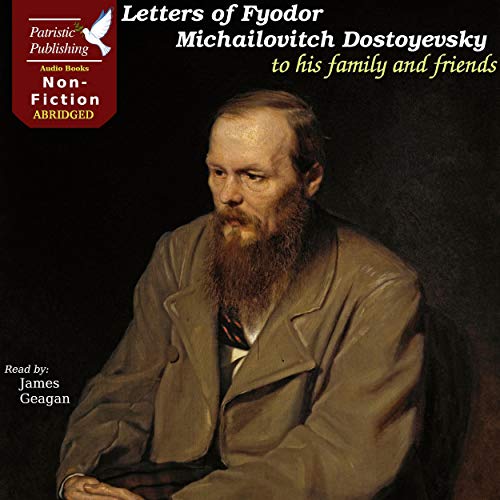 Letters of Fyodor Michailovitch Dostoyevsky to His Family and Friends

Fyodor Mikhailovich Dostoevsky (1821 - 1881) is considered one of the greatest Russian novelists of all time. His literary works explore human psychology in the troubled political, social, and spiritual world of 19th-century Russia, often being filled with a variety of philosophical and religious themes. His most celebrated works include Crime and Punishment (1866), The Idiot (1869), Demons (1872), and The Brothers Karamazov (1880). In total, he wrote 11 novels, three novellas, 17 short stories, and numerous other works. There are some literary critics who rate him as one of the great psychologists in world literature.

His mother died when he was 15, and around the same time, he left school to enter a military engineering institute. After graduating, he worked as an engineer and for a time, he enjoyed an opulent lifestyle, translating books to earn extra money. He wrote his first novel in the 1840s, titled Poor Folk, which gained him entry into St. Petersburg's literary circles. He was later arrested in 1849 for being part of a literary group that discussed banned books critical of Tsarist Russia. He was given the death sentence but it was commuted at the last moment. He spent four years in a Siberian prison camp. This was followed by six years of compulsory military service.

He was a unique and brilliant man, whose life and energy comes through in his letters which he wrote to his close friends and family. These letters have become a classic and, along with his novels, have been translated into 170 languages.