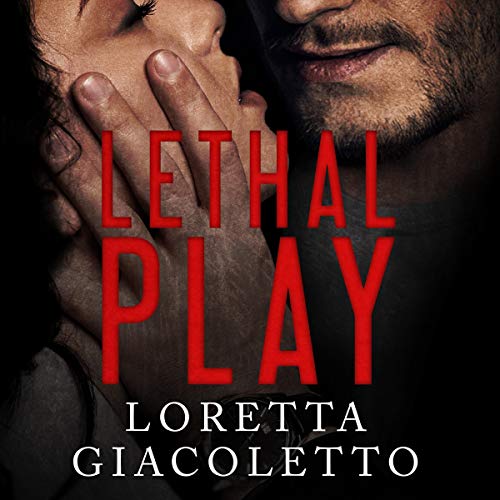 Newly-widowed Francesca Canelli is not your typical soccer mom but she would do anything to help her 15-year-old son, Matt, a passionate soccer player determined to honor his dad's memory. Financially strapped and emotionally devastated, Francesca accepts a sexual proposition from the coach of Pegasi United who promised to secure Matt a starting position on his premier St. Louis team. Their bargain quickly sours when the coach abuses Francesca, demeans Matt, and threatens to renege on the deal.

The coach with more enemies than friends soon winds up dead, his battered and naked body hanging from the crossbar of a soccer goalpost. In the ensuing investigation Francesca becomes the prime suspect. Now she's playing games with a team of hard-nosed detectives, her vulnerability fading as she fights to keep not only herself out of jail but Matt too. Then Francesca discovers she's not the only person who really knows what happened that night the coach died. She has no choice but to strike a new bargain; but will this one resolve her growing problems?

What listeners say about Lethal Play

Very good book to listen to

If you could sum up Lethal Play in three words, what would they be?

Didn't want to stop listening. I really couldn't figure out who did it. I really enjoyed the plot line. It kept me guessing all the way to the end. I listened to this book on a fairly long trip and I was so caught up in the book the travel time went by rapidly and really made for a nice travel commute.

What does Diane Piron-Gelman bring to the story that you wouldn’t experience if you just read the book?

I enjoy listening to books where the narrator has distinctive voices for the different characters. It just makes the story so much more interesting.

You'll never guess who did it

I plan to research other books by this author and audibles by this narrator. Very enjoyable experience

Very interesting with some unexpected turns.

Would you consider the audio edition of Lethal Play to be better than the print version?

Although I was annoyed with the main character I did enjoy the book. Perhaps the annoyance was planned by the author ?

"This audiobook was provided by the author, narrator, or publisher at no cost in exchange for an unbiased review courtesy of Audiobook Blast."

Good suspense novel. Kept you wondering the whole book. Would listen to it again. I recommend you listen to Lethal Play.

Would you consider the audio edition of Lethal Play to be better than the print version?

Would you ever listen to anything by Loretta Giacoletto again?

Not enough suspense for me.

What aspect of Diane Piron-Gelman’s performance would you have changed?

I received this free book in exchange for a review.