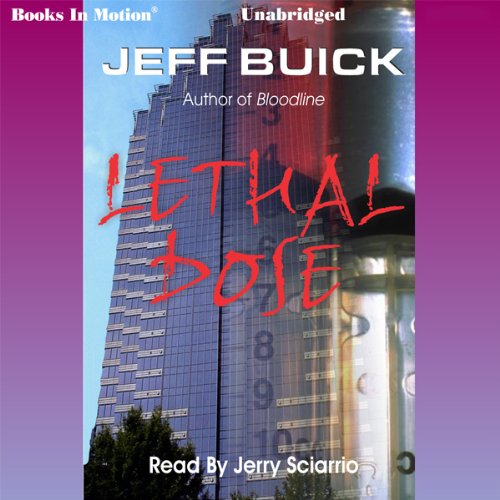 Veritas Pharmaceuticals is a corporate powerhouse. But many of the drugs Veritas puts on the market are extremely dangerous, even potentially fatal and Bruce Andrews, CEO of the company, is well aware of it. Andrews isn't about to let that or anything get in the way of Veritas's profits. Gordon Buchanan is devastated when his brother dies: and very suspicious. Could the drug his brother was taking have caused his death?

The more Gordon investigates the more evidence points to Veritas. His lawyer warns him that a lawsuit against the huge corporation would only ruin him, but if the law won't help him bring down this deadly Goliath, he'll have to do it on his own.

What listeners say about Lethal Dose