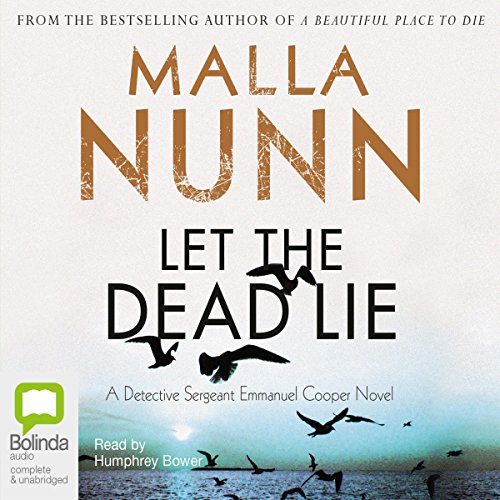 From the award-winning author of A Beautiful Place to Die comes the next sensational instalment featuring the charismatic detective Emmanuel Cooper.

In Let the Dead Lie, Emmanuel is a changed man. Forced to resign from his position of Detective Sergeant and re-classified as 'mixed race', he winds up powerless and alone in the tough coastal city of Durban, filling his days with labouring and his nights with surveillance work for his old boss, van Neikerk.

Patrolling the freight yards one evening, Emmanuel stumbles upon the body of a young white boy, and the detective in him cannot, or will not, walk away. When two more bodies are discovered at Emmanuel's boarding house, he unwittingly becomes the prime suspect in a triple murder case. At van Neikerk's behest, Emmanuel is given a 48-hour reprieve to clear his name and – unofficially – try and solve the murders.

Perfectly plotted, brimming with the complexities of life in Apartheid-era South Africa, and featuring a truly unforgettable cast of characters, Let the Dead Lie cements Malla's place as one of the most compelling and readable crime-fiction authors in Australia.

"Nunn deftly balances suspense and deduction as she offers a revealing glimpse into South African society under the segregation laws promulgated by the ruling National Party." ( Publishers Weekly)

What listeners say about Let the Dead Lie