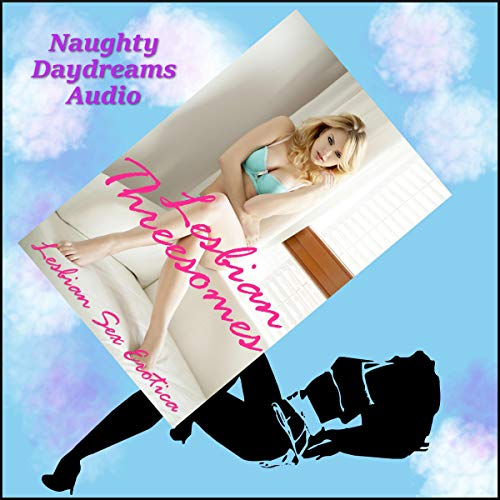 Whether it’s three ladies or a guy sharing two ladies, threesomes with lesbian sex are just hotter than hell. Another woman knows just what you need, and well, with another woman added or a guy, what could be hotter to take you to unheard of levels of sexual bliss?

Talia is hit by culture shock when she moves from the big city to a small rural community for college. This barely legal coed has no idea what’s in store for her. When she applies for a weekend job to help make ends meet, she’s pretty sure it will come in handy. It sure does, and how! Mr. and Mrs. Barnes aren’t after light housekeeping. Mrs. Barnes is a complete slut wife, and the only thing that will keep her happy is a sweet and sexy girl to join them in bed for a scorching first lesbian experience and a red-hot ménage a trois!

She simply loves her roommate and fellow nursing student, Jenna, and she decides to surprise her by making ice cream sundaes to add to their weekly popcorn and movie night. When their other roommate interrupts them with the sad story of a cheating roommate, the other girls make sure Kelly joins in. Alcohol flows, and inhibitions disappear. Before long, she’s in the middle of her first lesbian sex experience, and it’s red hot with lesbian seduction and double penetration!

Heather doesn’t really want to go to the sorority party. After all, who needs a bunch of stuck up snobs. Just as expected, the party isn’t at all fun, but on the bright side she meets a nice couple named Matt and Courtney. The two of them have some ideas of their own to make the evening enjoyable, and before long, Courtney is enjoying her first lesbian experience while Matt holds her down and watches!

When my friends and I got together to celebrate my birthday and for me to show them my new hot tub, I never expected things to go the way they did. It had been a tough road to get to the financial freedom our business created for us, and it was wonderful to celebrate, but Annie and Sylvie ended up making out right in front of me! Before I knew it, I was joining in for my very first lesbian experience! It was terrifying and wonderful. It was scary and beautiful. It was everything I could have wished for if it had ever occurred to me to make that wish!

First lesbian sex is just waiting for your click!

What listeners say about Lesbian Threesomes

A collection of short

I personally think this should have been titled lesbian and bisexual threesomes as two of the stories are not lesbain.