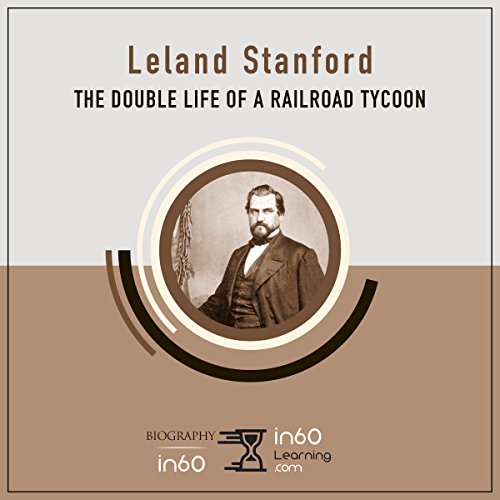 Leland Stanford: The Double Life of a Railroad Tycoon

Leland Stanford retains a double legacy as both a robber baron and a great philanthropist. He got his start in business as a merchant during the California gold rush, but he worked his way up to president of both the Central and Southern Pacific Railroad companies by 1861. He became a railroad mogul, a leading force in an under-regulated industry wherein he gained a reputation for corrupt and greedy practices. Yet, he and his wife benevolently founded Stanford University in memory of their deceased son. This biography unravels the complicated threads of Stanford’s life, showing how in some ways the man operated just like the machines of his business empire, and in others, he was as human as the rest of us.

What listeners say about Leland Stanford: The Double Life of a Railroad Tycoon

Short. Leaves To Much Ouut.

If you are looking for a quick book to to hear, this 8s it. But much detail is left out. the reading is also sadly lackluster.