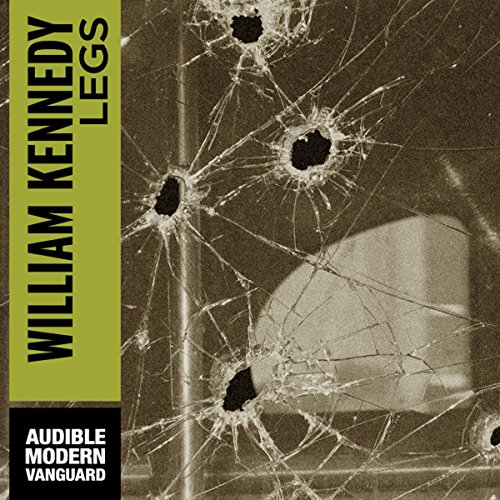 Legs inaugurated William Kennedy's cycle of novels set in Albany, New York. True to both life and myth Legs evokes the flamboyant career of the legendary gangster Jack "Legs" Diamond, who was finally murdered in Albany. Through the equivocal eyes of Diamond's attorney, Marcus Gorman (who scraps a promising political career for the elemental excitement of the criminal underworld), we watch as Legs and his showgirl mistress, Kiki Roberts, blaze their gaudy trail across the tabloid pages of the 1920s and 1930s.

"Narrator Joe Barrett’s raspy no-nonsense voice is tangibly matched to the cigarette-smoking, whiskey-drinking toughs of the novel, and his timing with the speakeasy patter is spot-on." (AudioFile)
"Pure literary excitement...easy to read and hard to put down. I enjoyed it from beginning to end and wished it were longer." (Joseph Heller)
"Seductive portrait...a very skillful story, full of bounce and wit." (Newsweek)

What listeners say about Legs

This is the first book in Kennedy's Albany series. I read it out of order (read Ironweed first) but order does not really matter in this series. This has wonderful writing and interesting with an pleasant gangster story that develop the characters well. I really like almost all of the Albany series, and this is one of the best. Even though this novel follows the life of a gangster, the novel manages to maintain the subtle, odd, very human magic of the Albany series.