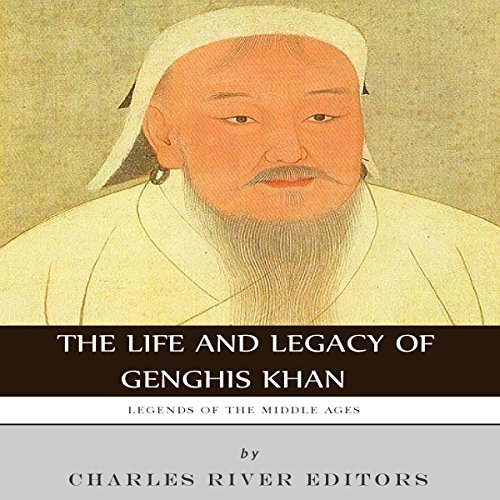 Legends of the Middle Ages: The Life and Legacy of Genghis Khan

"Conquering the world from horseback is easy. It is dismounting and governing that is hard." (Genghis Khan)

In a world fascinated by men like Alexander the Great and Julius Caesar, Genghis Khan is one of history's greatest and most famous conquerors. No man, before or since, has ever started with so little and gone on to achieve so much. From a noble family, but raised in poverty that drove him to the brink of starvation, Genghis Khan rose to control the second-largest empire the world has ever known (the largest being, arguably, the British Empire of the 18th and 19th centuries), and easily the largest empire conquered by a single man. And while many empires disintegrate upon the death of an emperor, like Alexander the Great's, Genghis Khan's empire endured and was actually enlarged by his successors, who went on to establish dynasties that, in some cases, lasted for centuries.

Though history is usually written by the victors, the lack of a particularly strong writing tradition among the Mongols ensured that history was largely written by those whom Genghis Khan vanquished. Because of this, Genghis Khan's portrayal in the West and the Middle East has been extraordinarily (and in many ways unfairly) negative for centuries, at least until recent revisions to the historical record. Certainly, Genghis Khan was not a peaceful man, nor a particularly merciful one, and he famously boasted to the Khwaremzids that he was, "[T]he flail of God, come to punish you for your sins." However, the image of him as a bloodthirsty barbarian is largely the result of hostile propaganda; he was far more complex.

What listeners say about Legends of the Middle Ages: The Life and Legacy of Genghis Khan