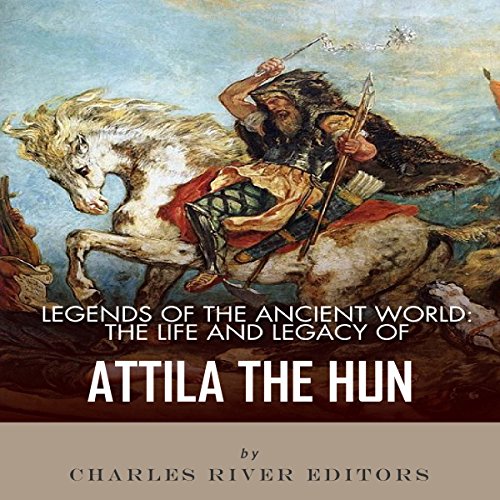 Legends of the Ancient World: The Life and Legacy of Attila the Hun

Attila, Emperor of the Hunnic Empire and thus most commonly known as Attila the Hun, is an idiosyncratic figure who has become more myth than man, not least because much of his life is shrouded in mystery. Perhaps the most famous "barbarian" in history, Attila was the lord of a vast empire spanning two continents, but he is best remembered for what he did not conquer. Though he seemingly had Rome at his mercy in 452, he ultimately decided not to sack the Eternal City, and a year later he had suffered a mysterious death.

What is known about Attila came mostly from Priscus, a guest of his court who wrote several books about Attila's life in Greek. Unfortunately, much of that work was lost to history, but not before the ancient writer Jordanes relied on it to write his own overexaggerated account of Attila's life. And like their leader, the Huns themselves are an instantly recognizable name with mysterious origins; most of what is known about the Huns came from Chinese sources thousands of miles and an entire continent away from Italy.

Naturally, the dearth of information and the passage of time have allowed myths and legends to fill in the most important details of Attila's life. Why did a man at war with the Roman Empire for so long decide not to sack Rome in 452? Did a meeting with Pope Leo the Great convince him to spare the capital of the Western half of the empire? Did a vision from St. Peter induce Attila to convert to Christianity? Was Attila murdered by his new bride? Many authors and chroniclers have provided many answers to the many questions, but the lack of answers has allowed Attila to become the face of ancient barbarity and the embodiment of the furious nomadic conqueror.

What listeners say about Legends of the Ancient World: The Life and Legacy of Attila the Hun