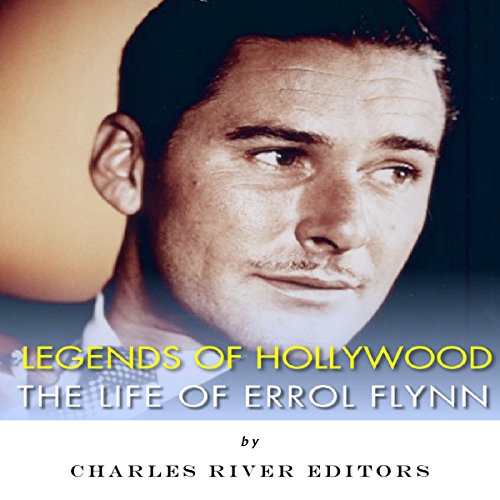 Legends of Hollywood: The Life of Errol Flynn

Legends of Hollywood: The Life of Errol Flynn

Hollywood has never lacked leading men who could captivate viewers with dramatic performances that depict them as suave romantics or dashing heroes, especially during the Golden Age of Hollywood when stars like Humphrey Bogart, Clark Gable, and Cary Grant graced screens. But in 1940, the fourth most popular star in the US was a foreign actor from Australia, and unlike other movie stars, he was more notorious for his pursuits off the screen than on it. In an era long before social media and TMZ, Errol Flynn represented the epitome of a swashbuckling playboy, with enough mystery and intrigue surrounding him and his background to fascinate even those who didn't see his movies. An article in Time magazine got to the heart of the matter in 1938 when it noted, "Of all the heroes of Hollywood, Errol Flynn has by long odds the greatest amount of non-phony glamor. His life has been as adventurous as any of the swashbuckling characters he has portrayed. At 18, he was a member of the English Olympic boxing team. At 19, he was master of an island trading schooner in the South Seas. He has chased head-hunters in New Guinea and 'recruited' blacks for British miners. Once he made $5,000 mining gold, got drunk and blew it all on a schooner, The Sirocco, which he sailed in the South Seas and wrote a book about (Beam Ends)."

Naturally, when he was at the peak of his powers both on and off the screen, Flynn frequently joked about his lifestyle and traded upon it for popularity, with comments like "I like my whisky old and my women young" and "Women won't let me stay single and I won't let me stay married." Not surprisingly, Flynn was just as fast and loose with his money, to the extent that he once asserted, "Any man who has $10,000 left when he dies is a failure."

Better to live a short life than a boring life

And he certainly did that!!!!!! An amazing character never to be forgotten I like we will never see again!!! Sb