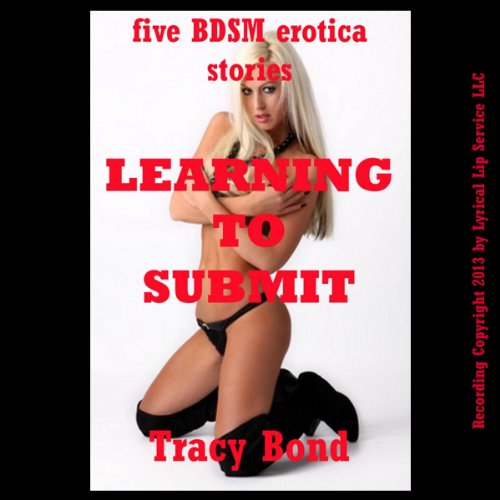 3. Miranda Submits to the Millionaire (A Bondage and Domination Erotica Story)

Erick McCain and Derek Sanders are two of the richest men in New York. When they take a submissive together, they expect complete obedience and utter confidentiality. On her first day as a server at an exclusive strip club, the men choose Miranda. The money is overwhelming, and this completely inexperienced girl agrees to let them use her body any way they see fit. With nipple clamps, ropes, gags, and whips; can she make it through the night?

Darlene just can't help herself. She masturbates. It never leads to an orgasm, but she tries desperately. She masturbates all the time. She's lost count of how many times it has almost gotten her into trouble, how many times she's almost been caught touching herself at inappropriate times. Almost is all over. While hand delivering a file to her sexy boss Terrence at his home, she's left alone for a short while. For Darlene, that means touching herself. When she's caught, she thinks she's lost her job and all hope. Instead, she's introduced to the world of submission and domination with forced deepthroat, humiliation, and rough sex!

What listeners say about Learning to Submit