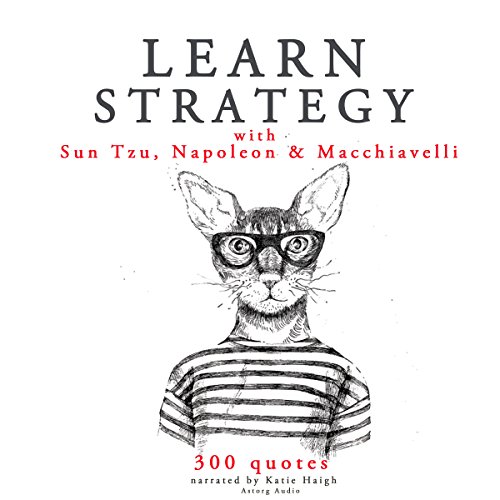 "The Prince" is the most famous of Machiavelli's works; it gives very clear, precise and realistic instructions on how to gain and maintain power, fortune, and glory, sometimes at the expense of others. Written in 1513, it is one of the most feared and hated political treatises, taken to be the first work in which the effect the leader desires to achieve is taken as more important than any abstract ideal or ethical value that might prevent him from taking immoral action. We have selected for you 100 of the best quotes from "The Prince", trusting that you will be able to use their efficiency and cleverness to direct your own affairs in a powerful way without falling into a moral trap.

Sun Tzu was a revered Chinese general, strategist, and philosopher. He is credited with one of the most influential military treatises ever written, "The Art of War". Countless leaders have drawn inspiration from this work, from Mao Zedong to General Douglas MacArthur. It is so powerful and straightforward that it is still influencing many domains other than military thinking, like business tactics, legal strategy, entrepreneurship, and beyond. We have selected from you 100 of Sun Tzu's most powerful quotes, for you to gain a new understanding in interpersonal dynamics, strategy, and everyday life.

Napoleon Bonaparte was one of the greatest military figures ever. He rose to prominence during the French Revolution, after which he kept on soaring higher and higher until he was crowned Emperor of the French. He then moved on to gain control of the whole of continental Europe before the ultimate defeat of 1815. Today, his campaigns are studied in every military school, his liberal politics have had a strong legacy worldwide, and he remains one of the most celebrated and controversial political figures in Western history. Napoleon's style is clear, concise, sometimes passionate, always grand; we have selected for you 100 of his best quotes, for you to get acquainted with this intense figure and gain a better understanding of the history of the world he helped shape.
©2016 Compagnie du Savoir (P)2016 Compagnie du Savoir

What listeners say about Learn Strategy with Sun Tzu, Napoleon and Machiavelli

It is audio of a woman reading quotes, absolutely no logic in it at all. It is a complete waste of money.

I wish it was longer. I have not enjoyed a strategic thinking compilation in a while.great job.excellent narrator.puts me to sleep with my guard up.