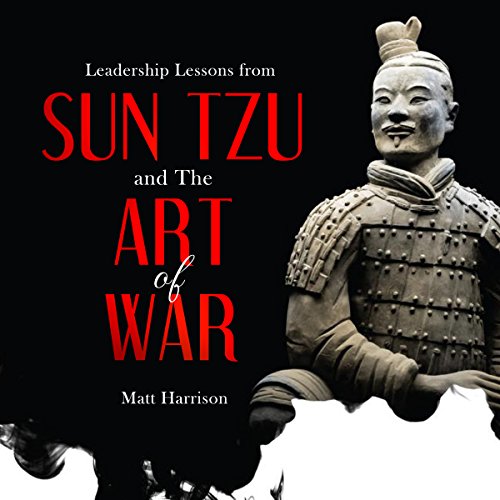 Leadership Lessons from Sun Tzu and The Art of War

Sun Tzu's The Art of War is one of the world's most influential books about leadership. It has been read and utilized not only by military professionals and generals, but by CEOs of companies, by teachers and pastors, and by many in leadership positions. Those who want to be successful leaders should follow Sun Tzu's teachings.

While his book is focused on war and battle, it can be translated easily to modern day life. The lessons Sun Tzu teaches are vital to manage a successful business or any venture. The Art of War has influenced politics and war for centuries and even has applications in business and sports.

Sun Tzu was a military general and a renowned strategist and philosopher. Much of what he wrote in The Art of War came from his experience on the battle field. Sun Tzu was born in 544 BC and died in 496 BC. These years were known as the Spring and Autumn period in ancient Chinese history. His birth name was Sun Wu and he was known by the name Changqing. He was given the name “Sun Tzu” as an honorary title meaning “Master Sun”.

Sun Tzu is known to have served king Helü of Wu starting in 512 BC. Sun Tzu had many victories that inspired him to write The Art of War. Many military leaders and strategists utilized Sun Tzu's work in the Warring States period in Chinese history, when the seven nations of Zhao, Qi, Qin, Chu, Han, Wei, and Yan all battled for control over large Chinese territories. Many copies of The Art of War are filled with stories of battles telling of Sun Tzu's teachings as examples of how his influence over these leaders led them to victory.

Good things in a small package.

What did you love best about Leadership Lessons from Sun Tzu and The Art of War?

It is concise in giving interesting info on a classical military thinker.

Which character – as performed by Nate Sjol – was your favorite?

What insight do you think you’ll apply from Leadership Lessons from Sun Tzu and The Art of War?

That every aspect of our existence has a military component, every leader needs to convince those around them that you can help them reach their full potential.

A different point of view on a classic book

I have read and listened to many versions and variations of Sun Tzu's Art of War. This book however doesn't completely cover the entire book. Instead it's more of a "Cliff's Notes" version pointing out how the various passages can be applied the business world. I really enjoyed this interpretation on a leader's responsibilities. Being a supervisor myself, I found some things that I will apply in my leadership role. The narrator did a really nice job. He was not monotone and was ready to listen to. I received this free copy in exchange for my honest review.

Good but to short in overall length.

Great concise summary of the main points of the book. Helpful interpretation of info from a classical military thinker. Condensed down the book that I have always meant to get to but never found the time. Will definitely use the takeaways from the examples provided and apply them to my job. The narration was very good and fit the book well. This book was given to me for free at my request and I provided this voluntary review.

Great book for all whow look to lead.

The tactics of Sun Tzu may need to be extreme for today's lifestyle, nevertheless if correctly adand acted to the times of today, there techniques will proof effect.

I was given this free review copy audio book at my request and have voluntarily left this review. This was a cliff notes style summary of The Art of War. If you are wondering if you want to actually read the whole book, this is a good introduction to the content. It will give you enough of a taste to decide if you want to dive into the actual book.

Would you listen to Leadership Lessons from Sun Tzu and The Art of War again? Why?

Yes. It was short enough that it is easy to play again (actually did listen to it again already). Despite the short length, there was a lot in there to take in, so it's good for a few listens.

I liked how the war/soldier stuff was compared to businesses and everyday life. I thought the analogies provided were accurate and helpful. I've heard about this book a lot, and I would like to actually read The Art of War, but this was a great little preview into the book. It gave me the bare bones, so when I read the full book, I will be putting flesh on the bones (which makes it easier to learn in my opinion).

What does Nate Sjol bring to the story that you wouldn’t experience if you just read the book?

He was easy to listen to, but I would say he was just average. I don't have any criticisms, but I also don't really have any praise.

Yep. It was only 30 minutes and I have an hour commute. I actually listened to it twice in one sitting.

This is book is an overview of 'The Art of War' with application of Sun Tzu's teachings along the way. Personally I found it to be more compelling the actual 'Art of War,' which is probably due to the fact that Harrison condenses the main points and gives examples and applications that effectively demonstrate the genius of Sun Tzu. Nate Sjol's narration was excellent, as well. His voice is well suited to the materiel.

I received this book for free in exchange for an honest review.

Leadership Lessons from Sun Tzu and The Art of War by Matt Harrison was a good quick read. This book talks about how The Art of War can help someone become a better leader.

Helpful recap and application of the classic

Super eye opening to see the explicit applications of the art of war to the managerial role in the world of business It will give you new eyes for your next time reading through the art of war. The narrator did a great job. I was given this free review copy audiobook at my request and have voluntarily left this review.