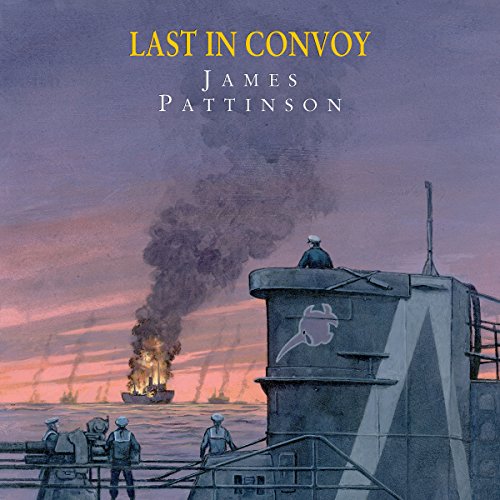 When a convoy of 45 ships tries to make it from Halifax to England, it finds progress sabotaged by an onslaught of enemy submarine torpedoes. Terror strikes the crews who are forced to witness their comrades drowning or becoming human torches amid the burning oil spilling from the ships.

Engine failure forces the SS Regal Gesture to drop out of the convoy and make her way across the hostile waters alone and undefended. Will the Regal Gesture and her crew make it to port with a fire in her hold, an unexploded bomb in her forecastle, no wireless and a half-crazed man for a skipper?

What listeners say about Last in Convoy