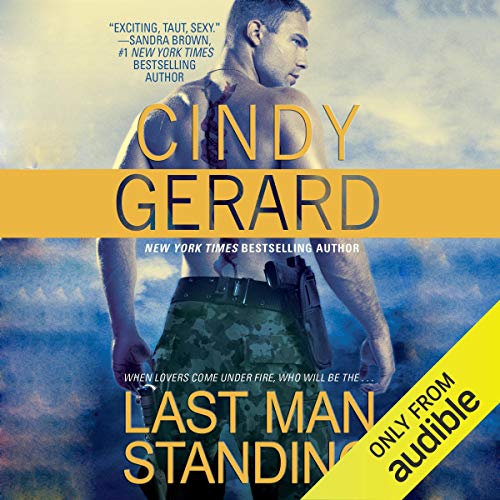 Black Ops, Inc. operative Joe Green is determined to bring to justice the man responsible for former team member Bryan Tompkins' death. He's convinced the ambush that killed Bryan was no coincidence but a setup. Unsure of the consequences of the battle he's about to start, Joe distances himself from both his Black Ops, Inc. team members and the woman he loves, Bryan's sister, Stephanie Tompkins. But Stephanie knows there must be some reason Joe broke it off, and when she hears Joe's charged with a murder in Sierra Leone, she wastes no time in breaking him out of prison. Then they must unravel the mystery behind the ambush and bring resolution to a long-ago betrayal.

"Narrator Morais Almeida's deft pacing brings out the drama in this romantic suspense. Joe Green - a privately trained paramilitary operative - is captured in a third-world country. Stephanie Tompkins risks her own life to rescue Joe, who grieved for her brother when he was killed on a previous mission. In the opening scene, danger and high stakes are conveyed by Almeida's breathy, staccato delivery as Joe faces a grim outcome to his personal mission to uncover the truth behind the death of Stephanie's brother. Almeida portrays the military side of Green with a gruffness that contrasts well with the gentle, slower-paced tone the character falls into when he's with Stephanie. Similarly, Stephanie is richly portrayed with a softness that is especially loving and sweet with Joe. But Almeida also depicts Stephanie's fierceness when she finds herself in Sierra Leone, coordinating Joe's rescue. Almeida's range of modulations brings out the characters' myriad emotions, including bittersweet moments between Joe, Stephanie, and the boy soldiers who assist in Joe's rescue. Almeida's crisp enunciation also sharpens the gritty urban scenes, adding to the effectiveness of this listening experience." ( AudioFile Magazine)

All books in series, except this one, used a male narrator who were excellent at accents and voice variations. This narration had neither. All voices were the same. Very disapointing for final book in series.

I really loved the whole Black Ops series and this book really brought a conclusion to the storylines. The only pro lemon I had with this book in particular was that the narrator was a little deadpan

One of the Best series

If you love action and adventures as well exciting saspence, this is for you. the story lines are unexpected. tho there is one bad guy I wanted to suffer more. overall an unexpected tear jerker at times. loved it.

I’m only into the 3rd chapter and I’m so frustrated with the narrator and the redundancy. I love her books but not sure I just won’t skip to the end🤷‍♂️

I was a little unsure of a female narrator for this series but it worked well. The story line was engaging and had me laughing and tearing up throughout the book. I’m sad the series is over but I will be dropping this into my “favorites” folder so I can listen again.

Enjoyed it even more than I expected

First, it wasn't that I expected to completely dislike the book. I had enjoyed the rest of the series and there was no question I'd listen to this one and like it, but I did not expect to enjoy it as much as I did. I personally relate to the Tink and BJ type women, the independent take no crap types. So whereas it wasn't that I hated Stephanie or anything, but I just hadn't related to her in the previous books....but boy did she surprise me. She became the woman whom had been hiding beneath the shell I suppose, and displayed her strength and independence with a force. It was a surprise for Joe too, giving some humor to the story which was filled with action and suspense as you'd expect from a Black Ops book. And of course you got follow ups on the rest of the couples from the previous books. All in all a great listen in my opinion. It did take a little adjusting to the new narrator however, considering all but 2 of the other 12 (Bodyguards and Black Ops series) were read by the same narrator which I liked very much and was used to, but once I adjusted it was okay.

The books in the series just kept getting better and better

I really enjoyed these books. I loved the characters and their development. You got to share in them growing, changing and becoming better. And the sexiness was good too.

Black Ops, Inc. operative Joe Green will sacrifice anything to bring to justice the man responsible for former team member Bryan Tompkins' death. His freedom, his life, even his love but he won't take anyone down with him. To that end Joe distances himself from both his Black Ops, Inc. team members and the woman he loves, Bryan's sister, Stephanie Tompkins.

Stephanie may be broken hearted but that won't stop her from racing to the rescue when she hears Joe's in a Sierra Leone prison charged with murder. Breaking him out of prison with the help of a former child soldier and his friends is only the beginning. Steph will need to dig deep to unravel the mystery behind the ambush and bring resolution to a long-ago betrayal. As well as battle for a future with Joe.

Cindy's thrilling romantic suspense series goes out with one hell of a bang. I will miss Nathan Black and his Boys.

The best of all. Wish there were more. I’ll be looking for more by this author.

Loved the story, just wished the narrator was more definitive with characters voices and inflection.