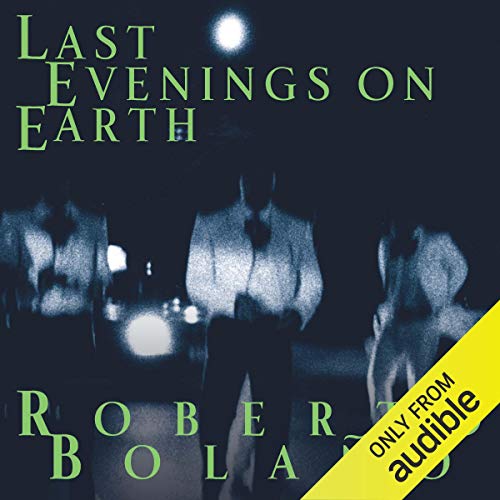 The first short-story collection in English by the acclaimed Chilean author Roberto Bolano. Winner of a 2005 PEN Translation Fund Award.

"The melancholy folklore of exile", as Roberto Bolano once put it, pervades these 14 haunting stories. Bolano's narrators are usually writers grappling with private (and generally unlucky) quests, who typically speak in the first person, as if giving a deposition, like witnesses to a crime. These protagonists tend to take detours and to narrate unresolved efforts. They are characters living in the margins, often coming to pieces, and sometimes, as in a nightmare, in constant flight from something horrid.

In the short story "Silva the Eye", Bolano writes in the opening sentence: "It's strange how things happen, Mauricio Silva, known as The Eye, always tried to escape violence, even at the risk of being considered a coward, but the violence, the real violence, can't be escaped, at least not by us, born in Latin America in the 1950s, those of us who were around 20 years old when Salvador Allende died."

Set in the Chilean exile diaspora of Latin America and Europe, and peopled by Bolano's beloved "failed generation", the stories of Last Evenings on Earth have appeared in The New Yorker and Grand Street.

What listeners say about Last Evenings on Earth

Doesn't capture the creepiness of the text

There's something very unsettling about this collection of stories, more so than most of his other work. But the narrator is interpreted more as "nerdy academic" than what I picture this text needing. Just my opinion.

Where does Last Evenings on Earth rank among all the audiobooks you’ve listened to so far?

The book was rather like listening to a lawyer or policeman giving evidence at a public hearing. I am glad I bought it although I can not say I enjoyed the experience . I am not a fan of Kafka who I was reminded of while listening to Last Evenings on Earth

What other book might you compare Last Evenings on Earth to and why?

Left me neutral. No emotional response.

Hey Audible... why does the icon say Chinese Lit?

I think the form of the book does not lend itself well to an audio recording... Also was super disappointed in David Crommett's naration. Why didn't they use Armando Durán or the fantastic John Lee?!? Also Holter Graham would be amazing. But Crommett kind of sucks.