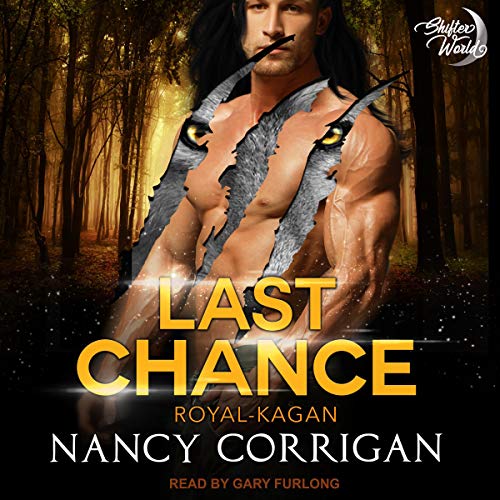 Gwen Burnett is being hunted. Winner takes all. And the enthralling shifter who catches her and the charismatic male who rescues her want to claim their prize-her-for eternity.

Vlad, a Royal shifter from the Winchester pack, should've claimed his true mate the day he met her. But persuading his best friend and the innocent human they've pursued for months to share everything will make his victory so much sweeter.

Powerful. Demanding. Enticing. As leader of the Winchester pack, Xander gets what he wants. No matter what he has to do to claim his prize. Or who he has to share Gwen with.

And nobody will take his possessions away. Not the pack mates questioning his nontraditional relationship. Not the enemy looking to steal Gwen back. Not even the witches and shamans hunting them all.

A wolf will fight until his dying breath to protect his pack...and his true mates.

What listeners say about Last Chance