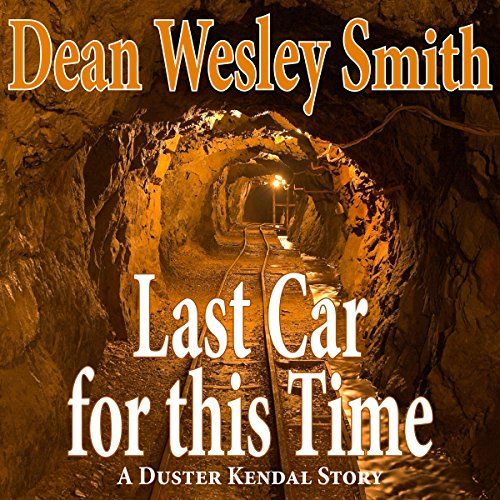 Last Car For This Time

When men start getting run over by slow-moving train cars in a gold rush town in the mountains of Idaho, Marshal Duster Kendal must solve the murders. But there might not be a motive besides the fact that Duster Kendal lives. Duster knows exactly what to do about that. And he needs to do it fast before things get much, much worse.

Best-selling author Dean Wesley Smith has written more than 90 popular novels and well over 100 published short stories. His novels include the science fiction novel Laying the Music to Rest and the thriller The Hunted as D.W. Smith. With Kristine Kathryn Rusch, he is the coauthor of The Tenth Planet trilogy and The 10th Kingdom. He writes under many pen names and has also ghosted for a number of top best-selling writers.

Dean has also written books and comics for all three major comic book companies, Marvel, DC, and Dark Horse, and has done scripts for Hollywood. One movie was actually made.

Over his career he has also been an editor and publisher, first at Pulphouse Publishing, then for VB Tech Journal, then for Pocket Books.

Currently, he is writing thrillers and mystery novels under another name.

What listeners say about Last Car For This Time

Best if you are familiar with the series

This short story features Duster and Bonnie from the time traveling Thunder Mountain series. It's great for giving more of a glimpse into their experience but the explanation of events isn't very fleshed out. I'm glad to have read it but I think you'd need to be familiar with the series in order to fully enjoy it.