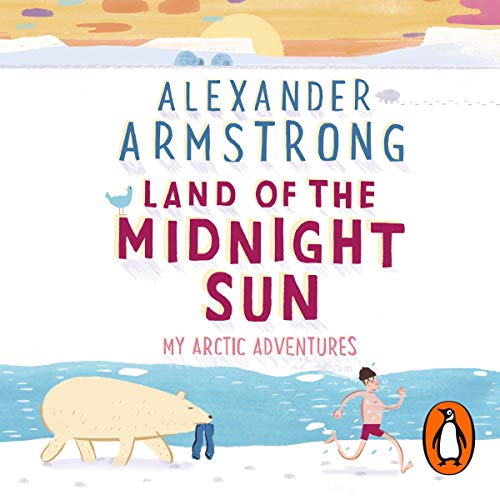 Land of the Midnight Sun

In an adventure of a lifetime, Alexander Armstrong heads north into an ever more hostile Arctic winter to explore the farthest reaches of the globe. In an epic journey, he navigates some of the Earth's toughest terrain, first travelling through the glittering landscape of Scandinavia then on to the isolated islands of Iceland and Greenland, as far as the infamously treacherous Northwest Passage.

His final frontier is Canada and Alaska, where his journey ends on the international dateline between the USA and Russia. His travels will form a major three-part series for ITV in autumn 2015.

It's a voyage that takes Alexander halfway around the planet, experiencing many of its natural wonders and living alongside some of its more extraordinary people.

Getting stuck in wherever he goes, he learns from the marines how to survive wildly unpredictable weather and temperatures as low as minus 40°C, drives along a hair-raising 800-mile road that's a river in summer and takes a plunge in freezing Arctic waters. And that's all before wrestling Viking style with a sporting legend called Eva as part of a traditional Icelandic winter festival.

Combining adventure and humour, Land of the Midnight Sun is an entertaining travelogue that takes readers on an exhilarating journey to this rarely seen corner of the world. It is an exploration of man's relationship with the harshest climates, set against the stunning backdrop of the Arctic landscape.

What listeners say about Land of the Midnight Sun

a pleasant way to pass a few hours

Listened to it over several days and found it quietly amusing and informative. Full of the usual Armstrong charm

a lot better than I thought it would be

If you could sum up Land of the Midnight Sun in three words, what would they be?

This book was really different to what I was expecting. I hadn't really warmed to the author previously when I had seen him as a quiz master in tv shows so downloaded this rather dubiously but in the book he came across very well. I live in the arctic circle and was interesting to see what he would make of the people in the neighbouring areas. It was reflective and insightful, it is obviously a whistle stop tour but you get a real feeling of how the people he came in to contact with came across. The book is also very funny, in stand up there would be a point after the comic made a joke where they would stop allowing for things to sink in and laughter to bubble up. However in this he says things that are funny and moves on to the next. He is very descriptive too. I would have happily listened to many more hours of this.

Laugh out loud hilarious. Which drew some funny looks while riding my bike. He has such a phenomenal way with words and effortlessly brings situations to life with his narration. I really want him to write and narrate more. It's a shame Siberia was missed out but the wealth of information and amusing anecdotes from the rest of the north was very entertaining indeed!

Awesome narration by the king of the voiceover.

Good story, great adventure, great impressions of the various characters. Would recommend to anyone needing a good audiobook.

AA is an excellent storyteller and I cannot rate this book highly enough. Whether or not you are a fan of AA or travel or Scandinavia matters not. This audiobook, narrated by the author which is always a huge bonus, is an outstanding listen and I have done so 4 or 5 times now. You will laugh out loud. Just brilliant.

I didn't find I learned very much about the culture of the places or could imagine myself there. It was just a lot of Alexander Armstrong describing the cold - more stand up comedy than good travel writing.

A travel book.. but a bland one

I like AA on the telly and love travel bòoks so had to give this a try, it was OK but just OK.. A bit bland, never really seeking ot the interesting or personal stories related to the region so a bit boring in places.. 3 stars and that is about right..

Superbly written and read, Armstrong at his best.

I have enjoyed listening to this book a couple of times it was so good!

A Lively and Interesting Read

Really enjoyed this book which was much enhanced by the intelligent and lively narration by Alexander Armstrong.