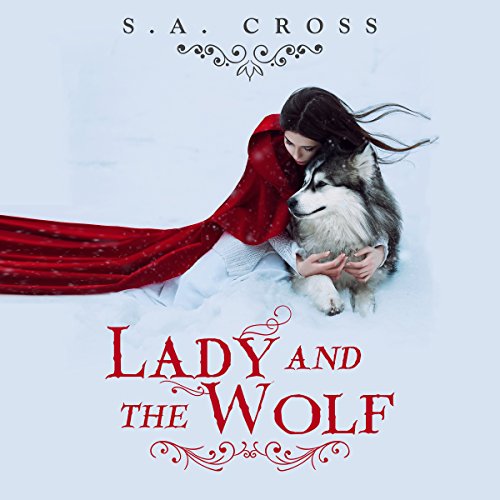 Lady and the Wolf

Lady and the Wolf

"She is his curse, the one thing that Athea created to be Konstantin's downfall, and inside, Van holds a monster who is falling for it."

Walking among humans are beings far different from their own. However, both their worlds are more intertwined than it seems.

Revered as a god by his own kind, Van Volkov holds one of the four remaining Lycans, Konstantin. His golden eyes command great attention. Bound to protect the shifters for eternity, he has blocked out all forms of emotions he considered a weakness and formed a steel wall around him. That was until a group of rogue shifters attacked and killed a nearby campsite. Because of the Alpha that he is, Van has to safeguard the territory and keep the attack under wraps. But something made Konstantin ill at ease - a human child had survived. And as if by fate, he finds the key to unlocking his hidden humanity. But after he took the child under his care, something that he has never imagined, nightmarish things start to unfold, and a prophecy of long ago begins to unravel. Just when he thought that everything has been put under control, the truth is, the story has only just started. What if the prophecy is true? Finding out that the child is the reason for his demise and all the shifters he is supposed to protect, he has but one crucial decision to make: Will he choose the lady or the wolf?

Prepare to be enthralled with the mysteries that bound the lady and the Lycan in this first book of the Lady and the Wolf series.

I enjoyed this book, it is well written with interesting and imaginative storylines characters that are captivating from start to end. The characters are complex and continually developing, the main characters are likable and easy to relate to. The book starts with the Blight family out in the woods on a camping trip when a pack of vicious wolves attacked the camp. Aira, the youngest daughter survived because her mother mother to safety in a cave. Van Volkov is the alpha shifter, as well as a successful businessman. He is called out to help clean up the mess the rogue wolf shifters left, his inner wolf is telling him he needs to go save what is his, he goes on the search and finds Aira in a cage, she was badly injured but still alive. She called Van her hero and bonded to him instantly. Orphaned, Drake Volkov, the pack’s beta, and his wife adopt her and bring her home and into their family. Van supported this despite his adversary to humans. A lot goes on in this book, it is cleverly plotted and there is never a dull moment with plenty of drama, twists and turns, action, some mystery, angst, thrilling and suspenseful moments and some heartfelt ones too. I loved the special bond between Aira and Van, are they destine to be together or will she be his fall, only time will tell. I am looking forward to the what comes next for those two.

Sheri Sheridan did a nice job narrating the story and bringing the characters and their story to life. She did a great job portraying the characters, giving each their own voice and personality. She is an entertainment storyteller and a talented voice artist. Thank you for the great listen🎧

I loved the MCs friendship!

So I really enjoyed this book. It's about a human girl who goes through something tragic and is saved by Van, who is a wolf but she doesn't know that. Aira ends up living with a wolf family and again she has no idea. She can't remember what happened to her real family. She kind of developed a semi relationship with Van. There is literally zero romance until the very end when they kiss once.

The only real issue I had about this book was the "relationship" and I put that in quotes because there wasn't a relationship... it was all hero worship. She hero worships the guy that saved her.. They barely talk. He does do some sweet things for her but it's still not what I would call a romantic relationship. It's honestly more uncle/niece... which is creepy because they are mates.

So I would not label this book as a romance and that's 100% fine. They develop a friendship that I think is more beautiful than a romantic one. She is still very young and he is much older. They both needed a friend and that's what they became and I liked that.

I listened to the audiobook for this and I think the narration was very good!

Not at all what I expected...

If I'm honest I wasn't sure how this story was going to evolve but it exceeded expectation...

Well developed characters, a captivating story with so many ups and downs and that feeling of knowing that things are only going to get more twisted and messed up. Urrg.... And the ending...

I really need the next audio book in the series NOW!!!

Narration was going to be tough for any narrator with so many characters and accents but Sheri Sheridan did well.

This is a book that you can definitely enjoy with your children it is beautifully written and the story is very compelling. It’s left me wanting to listen to more and I can’t wait until I can listen to it with my child

I've never been happier to be proven wrong with an audio book. I thought this story would be a play on a Red Riding Hood story which it did not.

Ara is left for dead and it takes some time before everyone (including the reader) figures out why. When Konstantin's /Van finds Ara as a child she hero-worships Van despite his grumpy and hard exterior.

Van Volkov a Lycan is considered a legend by his own kind. He too has a history similar to Ara's, perhaps that's why he saved her so many years ago. Von is known to be rude, cold, demanding, tough yet fair to those in his pack. When a group go rogue in his territory Van must stop the slaughter of innocent and corruption and not show weakness, especially within his own family.

As Ara blooms she still carries a torch for Van. I did have a problem with the age difference of a teen and Van being 35-ish but I hope things are spelled out in the next book (I hope there's a next book!!) This story is never boring, constantly moves at a pace that makes you want more. So captivating was the story, you weren't sure who to root for at times and loved the quirky outcomes, you won't be disappointed with this shape shifting story that takes you from the US to Russia.

I believe this book is suitable as a YA listen. Sheri Sheridan does a fantastic job narrating all the characters and their accents.

amazing book NOT JUST FOR TEENS

"She is his curse, the one thing that Athea created to be Konstantin's downfall, and inside, Van holds a monster who is falling for it."
Walking among humans are beings far different from their own. However, both their worlds are more intertwined than it seems.
amazing thats all I can say is amazing next book please