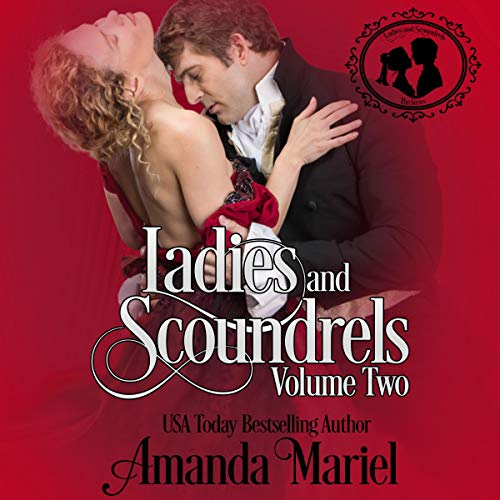 Get carried away in the final two novellas of the Ladies and Scoundrels series. These previous released, best-selling romances of love, loss, and redemption will keep you enthralled and leave you satisfied.

A wallflower by nature, Jane long ago accepted she would become a spinster. Perhaps such a fate was for the best. After all she’d witnessed firsthand how miserable marriage could make a lady.

After Caleb Wesley, The Earl of Keery, failed to protect the one person who’d counted on him, he embraced his role of blackguard. He holds his vices close-light skirts, gambling, and liquor-and has no intention of giving them up.

Two people brought together through an unwanted circumstance discover something neither one believed they'd ever have. Can they let go of their old hurts and beliefs long enough to embrace the gift fate bestowed upon them?

In her youth, Grace Stratton, the Duchess of Abernathy, gave her heart to Lewis Duffield, an American plantation owner. Family duty tore them apart as she was required to wed another man. After years of being widowed, Grace finds herself alone with Lewis and their old flames rekindle, but can they recapture the all consuming love they once shared?

What listeners say about Ladies and Scoundrels, Volume Two

Would I listen to it again: yes
Did the stories keep me engaged: yes
Was I invested in the characters: yes
What did I like? Each story has a good pace, characters are engaging and is well written.
○ Scandalous Wallflower: resigned to spinsterhood, Jane craves passion but is a forced marriage the answer she's looking for? [one doesn't feel worthy, the other doesn't fit in]
○ Scandalous Liaison: twenty years on, Grace gets a second chance at the love she lost, but can the past be put behind them to start again? [mature couple - story tugs at the heartstrings]

Narrator comment: I enjoyed Anne Marie Damman's narration, she's done a great job bringing these three stories to life, each character is clear and I enjoyed the audio experience.

Love for all time

These two novella’s were well narrated by Anne Marie and written by Amanda. They kept me wanting to know what would happen. Love wins .

I do love a vey good romance
This was an amazing novel and really impressed me.