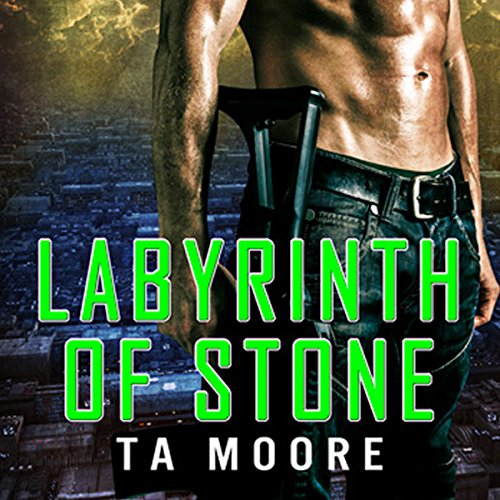 Ten years ago, the Black Rapture transported thousands of people, seemingly at random, from Earth to the strange, inimical world they call the Labyrinth. Will Teller was one of them. Surviving that meant joining an army and becoming better at killing than he's comfortable with. It's enough upheaval for anyone's life. The only problem is, apparently no one told his commanding officer that.

Pride, and heart, stung by abandonment, the icily controlled General Nathan Kearney has decided that Teller can either find the wayward lover, or he can take his place in Nathan's bed. That's pretty good motivation for a straight guy, only thing is - Teller's sexuality seems to have gone a bit Magic-8 Ball on that issue. Suddenly Nathan's starting to look pretty good, and the only question is whether or not Teller wants to be the consolation prize?

What listeners say about Labyrinth of Stone

I liked a lot of this book but it needed "more." Maybe this is a series of stories. I don't know. A little bit of description, a little backstory about the situation would have been nice. Plus, the ending seems like it should read "to be continued."