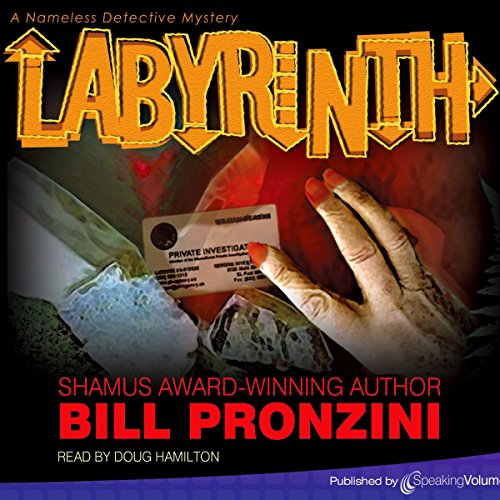 Nameless is called in by his friend, police lieutenant Eberhardt, when a dead woman's purse contains Nameless's business card. Nameless has never met her, and cannot make a connection. Next, Nameless is hired to track and protect a disturbed man, Martin Talbot, who may be harmed by the husband of a woman who died when Talbot's car collided with theirs after Talbot fell asleep at the wheel. But despite keeping a close tail, things go horribly wrong.

What listeners say about Labyrinth