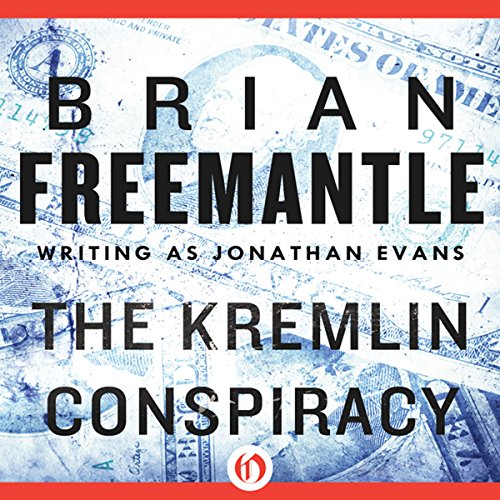 In the throes of the Cold War, the Soviet Union engineers the financial collapse of the West.

The world financial market has become unbalanced. Nations in South America, Africa, and Eastern Europe are trillions of dollars in debt, and a default by any one of them could start a domino effect that would eventually topple the economies of America and Europe. Across the Western hemisphere, economists such as Tom Pike are devising a brilliant plan to head off the collapse. The situation is dire, but with transatlantic cooperation there should be time to stave off disaster.

But something is not as it seems. Before long, Tom realizes that the economic turmoil was deliberately created. The culprits are in Moscow, where a plot is in motion to totally destabilize the Western economy. Now Tom must stop the scheme before the dollar collapses.

What listeners say about Kremlin Conspiracy