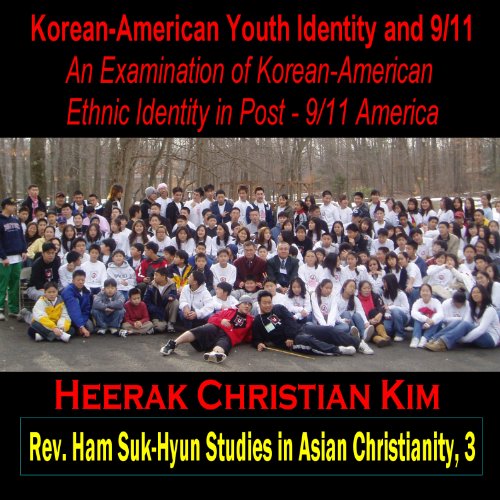 Korean American Youth Identity and 9/11: An Examination of Korean American Ethnic Identity in Post-9/11 America, by Professor Heerak Christian Kim of Asia Evangelical College and Seminary, is a very important book in the area of ethnic studies in post-9/11 America. Although many books have been written on 9/11, there has not been adequate examination of its impact for particular ethnic groups. Even scholars of ethnic studies seem to ignore 9/11 as an event that is incidental to self-understanding and group identity of America's ethnic groups. This book is a step in the right direction in computing 9/11 into the study of ethnic identity and experience in America.

As Asian Americans are rising in terms of number and influence, the need for understanding their identity becomes important on academic, social, political, economic, and intellectual levels. This book is a very important book to meet the rising need that has been largely neglected in academia and in the publishing industry thus far. This book is an essential addition to all serious university libraries, public libraries, and private personal libraries of educated individuals.

What listeners say about Korean American Youth Identity and 9/11