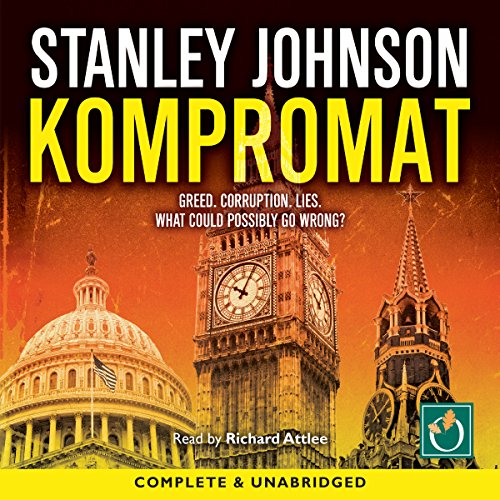 The UK referendum on Britain’s membership of the EU was a political showdown the British PM, Jeremy Hartley, thought he couldn’t lose. But the next morning both he and the rest of the country woke in a state of shock.

America meanwhile has its own unlikely presidential candidate, the brash showman Ronald Craig, a man that nobody thought could gain office. Throw into the mix the cunning Russian President Igor Popov, with his plans to destabilise the West, and you have a brilliant alternative account of the events of 2016 that led to Brexit and America welcoming its own new leader.

What listeners say about Kompromat

Who indeed would be the PM's successor?

Boris Johnson's dad has written a most interesting meta tale. Or, did it write itself? 'Kompromat' is too plausible to be taken lightly, yet manages to make heavy material entertaining. It could make for an engaging film, if future world leadership approves.