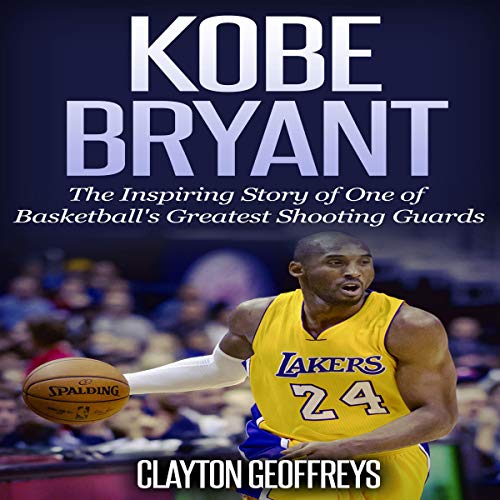 In Kobe Bryant: The Inspiring Story of One of Basketball's Greatest Shooting Guards, you'll read about the inspirational story of basketball's star, Kobe Bryant. Kobe Bryant has been the face of the Lakers dynasty for the past two decades and for good reason. Few players have commanded a basketball court as much as Kobe in historical performances such as his notable 81-point performance in just under 42 minutes of playing time in 2006 against the Toronto Raptors. Whenever Kobe Bryant decides to retire, he is not going to do so on his own terms as one of the greatest basketball players of all time. Few players can parallel with Kobe Bryant in terms of competitive fire and will to win. His polarizing figure defines him and makes even those who do not like him at the very least respect him. Read on to learn about the days of when Kobe played alongside Shaquille O'Neal, Robert Horry, Metta World Peace, Derek Fisher, and Pau Gasol in some of the greatest times of Los Angeles Lakers' basketball history.

What listeners say about Kobe Bryant

I would say that this succinct overview on Kobe Bryant is sufficient for a look into Kobe Bryant the name sake of which this book is about.

I would say giving this a four out of five is a bit generous of me. I got done listening to showboat which was a good book but really got into Kobe Bean Bryant nor the halfway portion of it. Showboat was a good audio book but I really wanted a book on Kobe Bryant not the people associated with Kobe Bryant. Thus in a more succinct and less in depth manner this is a lot more Kobe Bryant centric so listening to this after listening to the other good book tipped the scale in favour of this book. It’s a short listen and above average thus the better than average aspect of this book reflects the score in which I gave it. You might like it you might not these discussions are largely subjective, although if you do download it I hope you like it.