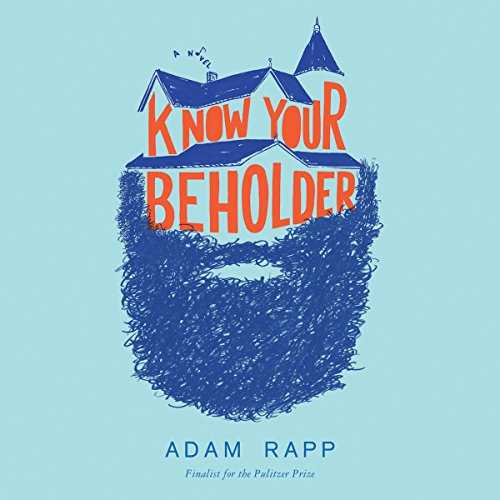 From a Pulitzer Prize finalist comes a hilarious and heartbreaking novel about a musician climbing back from rock bottom.

As winter deepens in snowbound Pollard, Illinois, 30-something Francis Falbo is holed up in his attic apartment, recovering from a series of traumas: his mother's death, his beloved wife's desertion, and his once-ascendant rock band's irreconcilable break-up. Francis hasn't shaved in months, hasn't so much as changed out of his bathrobe - "the uniform of a Life in Default" - for nine days.

Other than the agoraphobia that continues to hold him hostage, all he has left is his childhood home, whose remaining rooms he rents to a cast of eccentric tenants, including a pair of former circus performers whose daughter has gone missing. The tight-knit community has already survived a blizzard, but there is more danger in store for the citizens of Pollard before summer arrives. Francis is himself caught up in these troubles as he becomes increasingly entangled in the affairs of others, with results that are by turns disastrous, hysterical, and ultimately healing.

Fusing consummate wit with the seriousness attending an adulthood gone awry, Rapp has written an uproarious and affecting novel about what we do and where we go when our lives have crumbled around us. Sharp-edged but tenderhearted, Know Your Beholder introduces us to one of the most lovably flawed characters in recent fiction, a man at last able to collect the jagged pieces of his dreams and begin anew, in both life and love. Seldom have our foibles and our efforts to persevere in spite of them been laid bare with such heart and hope.

"Rapp... is a gifted storyteller. He makes demands on his audience, and he rewards its close attention with depth and elegance." (John Lahr, The New Yorker)

What listeners say about Know Your Beholder

Author can write, but can't read.

Make sure you listen a bit to the book first. The author reads with less inflection then a robot. It's too bad they didn't hire a good reader. The book is actually pretty good. I might have to just pick up the book on the one.

never seemed to get off the ground

I was somewhat dumbfounded when I saw that I was five min from the end of the book and nothing really seemed to happen. for that matter the plot lines that were presented never really got of the ground or were so quickly "wrapped up" that I was left wondering if there was going to be a cliffhanger and sequel. in the end I was wishing this story could've been better and much more I wanted a new narrator. the narrator was dull and lacked any emotion at all. overall I was highly disappointed and unable to find any light in this tunnel of "go no where" storytelling.