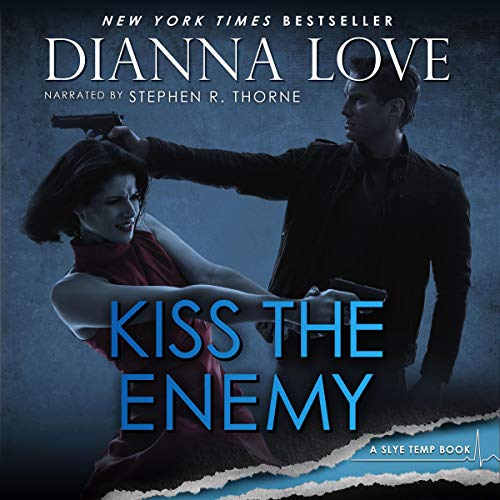 This latest romantic thriller from New York Times best seller Dianna Love sends Slye Temp operative Margaux Duke into the arms of her enemy where she uncovers a secret that is as dangerous to her heart as it is to her life.

Her only hope is in the hands of her enemy.

Slye Temp operative Margaux Duke is chasing an international terrorist who murdered the last of her family. But her plans go up in smoke when her agency is in the crosshairs of the dangerous killer, forcing her to turn rogue to protect the only family she has left - her team. This is no time to get involved, especially with an enemy who steps between her and the terrorist she has to stop.

Logan Baklanov has been known by many names in the underbelly of international terrorism and will do whatever it takes to shield those he loves from the treacherous world he lives in. When his brother’s life is in jeopardy, Logan takes on a role that places him at the top of the most-wanted lists of government security agencies in every country. He accepts the no-win situation, willing to make the ultimate sacrifice until a long-legged beauty draws the attention of his deadly target and screws Logan’s carefully planned mission.

Margaux and Logan must join forces in a dangerous game to save a major city from a powerful psychopath, but their ruse escalates out of control when the heat smoldering between them threatens to explode.

What readers and reviewers are saying about the new explosive Slye Temp series:

“It seems with each book, this series gets better... (Love) has an uncanny ability of always creating wonderful characters that you care about.... This was such a beautiful romance, one of the best I have read this year.” (Barb, The Reading Cafe)

“Be sure to take a deep breath before you dive into a Slye Temp novel - prepare for shocks, thrills, and above all, a fantastic read you won't want to ever end.” (Sara Reyes, Fresh Fiction)

What listeners say about Kiss the Enemy

I have thoroughly enjoyed the first 4 books in this series. My only disappointment is that the next 3 are not in Audible. Would recommend these to. My one who enjoys splenectomy along with their romance. Lots of unexpected twists and turns that make your heart race!

good stories, gripping. loved the characters. good naration. can't wait until they record the rest of the books