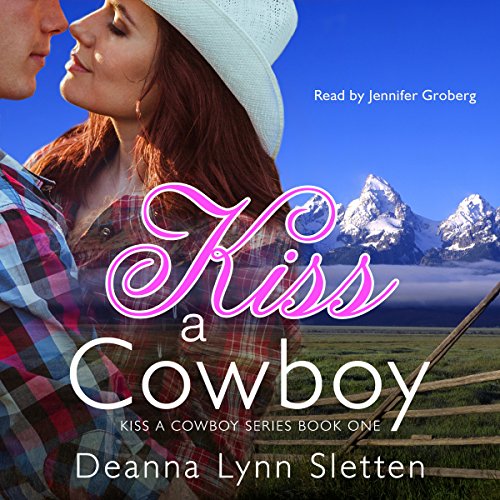 Sometimes fate steps in and changes everything....

Andi Stevens drives away from her home town of Seattle to begin a new life with her fiancé in Buffalo, New York. When her car breaks down in the mountains of Montana, she reluctantly knocks on the door of a cabin for help. What she finds is Luke Brennan, the most handsome man she's ever met, who appears annoyed by her bothering him. He takes her up to the main ranch house where his mother welcomes her warmly, opening their home to her for as long as she needs to stay. Andi quickly falls in love with the ranch and its occupants, and the beauty of Montana. And no matter how hard they fight it, she and the brooding cowboy form a bond that becomes stronger by the day. Andi soon finds herself struggling with her promise to marry one man and the attraction she feels for another.

Luke Brennan isn't interested in having his heart broken again. He's loved and lost once, and he's hardened his heart against ever falling in love again. But when a beautiful woman with the most tantalizing green eyes shows up at his door one night, he is taken by surprise. As hard as he tries to stay away from Andi, he finds himself drawn to her time and time again. But she's a city girl, and engaged to another man. She's off limits. Yet, he finds his heart slowly giving itself away to this woman. Should he bet against all odds and tell her how he feels before it's too late?

Does fate hold all the cards for the cowboy and the city girl, or will they choose their own destinies?

What listeners say about Kiss a Cowboy

Light-hearted romance set in Montana. I love the west, so these characters really stole my heart. Planning on listening to the other books in the series. This one was a lot of fun.

I found Deanna via her women's fiction books but am quickly becoming a fan of her romance novels. I really enjoyed Kiss a Cowboy. If you like stories about fate, you'll like this book. I was so enthralled with the setting, I'm thinking of taking a trip to Montana. First, I'll read books #2 and #3 in the series so I can find out what happens to the characters I've grown to love.