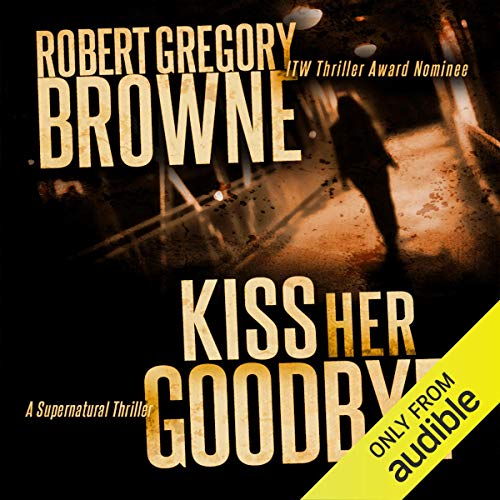 All ATF Agent Jack Donovan wants out of life is to do his job and work on his strained relationship with his daughter Jessie after a nasty divorce. But in a ruthless act of revenge by a charismatic madman, Jessie is kidnapped and buried alive, with barely enough oxygen to sustain her. Now the only man who can save her, the only man who knows where to find her, has just been shot dead - and the clock is ticking... So what's a father to do?

"Provocative violence, a colorful Chicago background and a dollop of the supernatural lift Browne's debut thriller...Elements of the supernatural, including out-of-body experiences, provide humorous relief from the breathtaking pace." (Publishers Weekly)

If it was a friend that liked supernatural thrillers.

What does Scott Brick bring to the story that you wouldn’t experience if you just read the book?

Scott Brick as always is fantastic. He can make a book good a if the book happens to be good to begin with he makes it even better.

*Spoiler*. When Donavon's daughter gives into death in the coffin she's been buried alive in. She struggles to maintain a positive attitude but her oxygen runs out and she looses hope.

If you like Kay Hooper's style of writing then you will really like this book. Good book, well developed plot and characters. I will certainly look for more by this author.

11 of 12 people found this review helpful