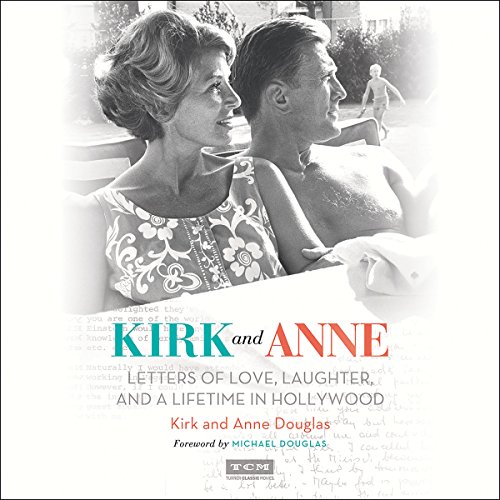 Film legend Kirk Douglas and Anne Buydens, his wife of nearly 63 years, look back on a lifetime filled with drama both on and off the screen. Sharing priceless correspondence with each other as well as the celebrities and world leaders they called friends, Kirk and Anne is a candid portrayal of the pleasures and pitfalls of a Hollywood life lived in the public eye.

Compiled from Anne's private archive of letters, this is an intimate glimpse into the Douglases' courtship and marriage set against the backdrop of Kirk's screen triumphs, including The Vikings, Lust for Life, Paths of Glory, and Spartacus. The letters themselves, as well as Kirk and Anne's vivid descriptions of their experiences, reveal remarkable insight and anecdotes about the legendary figures they knew so well, including Lauren Bacall, Frank Sinatra, Burt Lancaster, Elizabeth Taylor, John Wayne, the Kennedys, and the Reagans. Kirk and Anne details the adventurous, oftentimes comic, and poignant reality behind the glamour of a Hollywood life - as only a couple of 62 years (and counting) could tell it.

What listeners say about Kirk and Anne

Love letters for Kirk and Anne ♥️ show Kirk Douglas passions for his wife if 63 years!

A really interestng real life lovestory. The wealthy, elite Hollywood stars are just as vulnerable with many the same problems as the rest of us. His books are entertaining, humorous & educational. Imagine all the knowledge & wisdom of a 100 year lifetime that can be ,.

What a beautiful story of two people who found each other and together made the world a better place.

This is another magnificent book of KD. What a great life! Thank you for sharing so many wonderful stories from your life. I draw inspiration from your life and wisdom. Thank you.