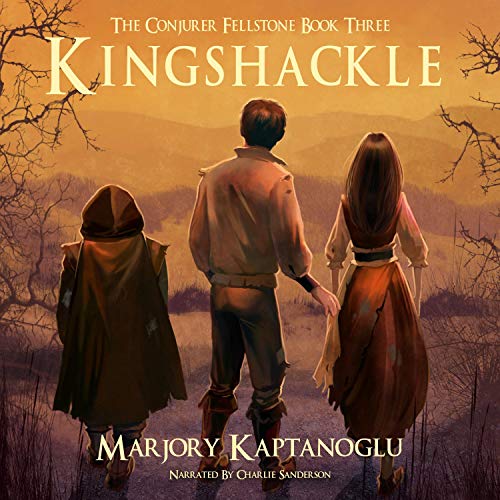 The award-winning trilogy that began with Dreadmarrow Theif is now complete.

Ash is missing and must be found. Confounding the matter, the Conjurer King Slayert launches an attack against the remaining free cities. Saving the world falls to our three heroes, who reunite to steal Slayert’s own crown, called the Kingshackle — a magical artifact that makes him invincible. But their success depends on Tessa winning the King’s Challenge, the ultimate test of her intelligence, valor, and heart.

What listeners say about Kingshackle