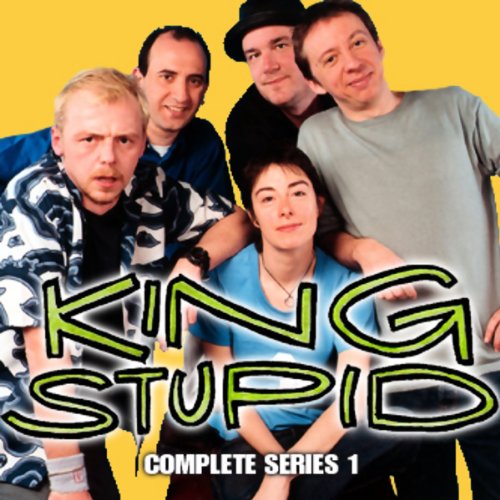 King Stupid is a new Radio Four panel game in which four panellists are funny. It's not the News, sport, adverts, other panel games, or anything!

It has a chairman called William Vandyck; he's a writer performer and also a barrister, but he's got more hair than Clive Anderson. He's funny. It's written by Kevin Cecil and Andy Riley, who are two extremely original and fresh writers who, amongst their many writing credits, have contributed some of the best stuff to Friday Night Armistice. They're funny. Amongst the regular panellists are Peter Baynham, Sue Perkins, Simon Pegg, and Dave Green.

The show is produced by David Tyler for Pozzitive, the people who bought you Jeremy Hardy Speaks to the Nation and The Very World Of Milton Jones. King Stupid: the show that likes to dumb up. This download contains all six episodes.

What listeners say about King Stupid