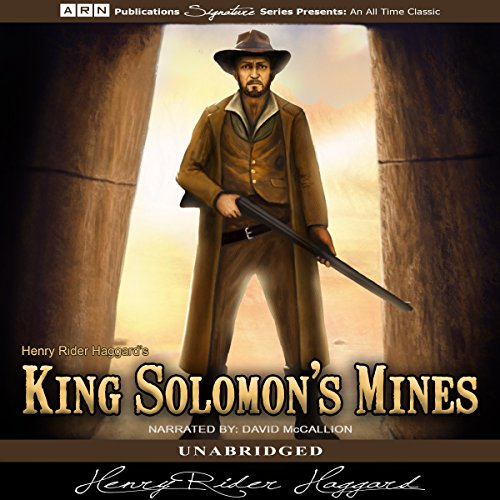 King Solomon's Mines tells the story of renowned hunter Allan Quatermain as he leads an expedition into the heart of Southern Africa in search of a missing treasure hunter. He's persuaded to go on the trek by the brother of the missing man, the aristocrat Sir Henry Curtis, who is desperate to find out if his brother has survived after leaving in search of the fabled treasure mines of King Solomon. They set off on their journey joined by Captain Good, a friend of Sir Henry's, and several servants, including one very mysterious man called Umbopa.

After an arduous journey across the desert, where some of their servants lose their lives, they arrive in Kukuanaland. And after narrowly avoiding being killed by some of the natives they are brought before the evil king Twala and his advisor, the ancient woman Gagool, who takes an instant dislike to Umbopa. And when the servant reveals the truth about who he really is it leads to a huge battle which will eventually see the hated king lose his throne, and the group of travelers at last find their way to King Solomon's mines - and the treasure that lies there.