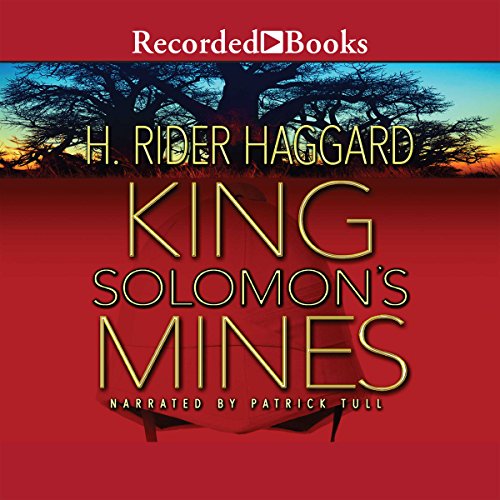 In 1885, while accompanying his brother on a journey to London, Rider Haggard mentioned that he had just finished reading Robert Louis Stevenson's recently published Treasure Island. Haggard boasted that he could write something far better, and his brother dared him to try. What resulted was King Solomon’s Mines, one of the greatest adventure stories of all time.

Middle-aged big game hunter Allan Quartermain accompanies Sir Henry Curtis on an expedition in search of Curtis’ estranged younger brother George, who had headed north in search of treasure two years before and was never seen again. Curtis believes his brother was following an ancient map that he hoped would lead him to Solomon’s Mines, part of the lost riches of the biblical King Solomon. Offered half of the treasure should he successfully lead Sir Henry to the mines, Quartermain agrees to go with a promise of securing financial security for his son.

I enjoyed this book so much more than I expected to. it is very well written and thought out and filled with humor

Would you listen to King Solomon's Mines again? Why?

Yes. This is a good old fashioned yarn from a simpler world

Captain Good. His fussiness and humanity is a great comic counterpoint to the clearly heroic Sir Henry

Tull is masterly. He brings each character to life beautifully and really inhabits the skin of the narrator. He really becomes the old Victorian hunter.

Please re-release more of the Patrick Tull readings. I have heard others read the same works and they never compare. He is sadly missed