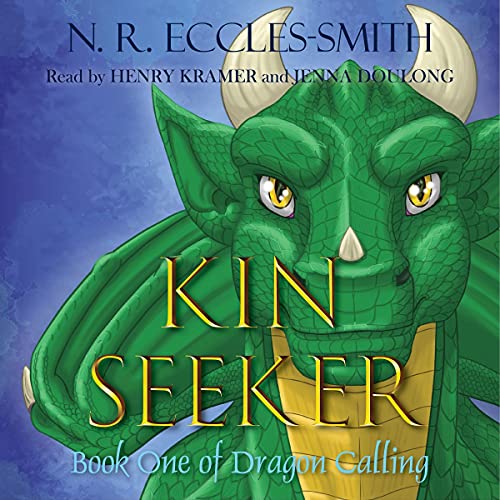 The dragons have vanished. Corruption spreads across the lands. Will his quest for answers come too late to stop an imminent calamity?

The dragons have mysteriously vanished from the lands of Valadae - except one.

With no memory of his past, or what happened to his kin, Laeka’Draeon begins the daunting quest for answers, aware that time and unknown perils are against him.

Through ancient, blighted forests and regions steeped in mysterious lore, Laeka’Draeon encounters unexpected allies and terrifying foes and discovers a dangerous connection between his missing kind and the ominous deterioration of Valadae’s realms.

If the dragons fail to return and restore the waning magic of the legendary towers of Klonnoth Aire, the consequences will lead to the return of an ancient and devastating enemy; beasts that once ravaged Valadae in a calamitous 100-year war.

The fate of the allied kingdoms lies under a darkening shadow, and only Laeka’Draeon can bring back the light.

What listeners say about Kin Seeker

A wonderful fantasy adventure for all ages!

I enjoyed this story so much! The dual narration really brought the characters to life. This would also be a great way to introduce young readers into high fantasy as they could read along with the audio. I fell in love with all the amazing characters and creatures you meet along the way and loved the chance to escape into another world while driving to work. I highly recommend this audio book!