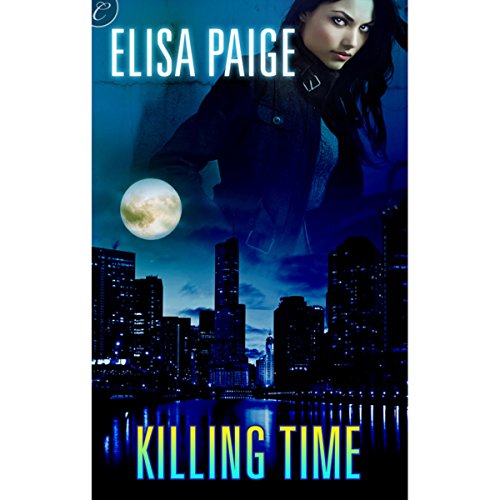 It wasn't that she feared death. She just despised losing.

Genetically engineered warrior Sephti would go to any lengths to destroy the fae that made her their killing machine. Finally escaping servitude, she has meticulously planned revenge against her former masters, and time is running out. The last thing she needs is to be taken captive by a man who hates the fae as much as she does - and thinks she's one of them.

Sephti learns her captor is Koda, an ancient Native American guardian determined to save his people from annihilation by the fae. Though he seems to loathe everything about Sephti, she can't help but notice his incredible strength and powerful sensual allure.

As their distrust turns to desire, Sephti and Koda become allies. Their love will have to withstand their enemies' supernatural onslaught - and Sephti's planned suicide mission against the fae….

What listeners say about Killing Time

I thought the premise of a fay genetic creature bent on vengeance interesting.For the first chapter it held together. It was downhill after that. Just a mixed up jumble of myths, stories, and stereotypes. Our heroine steals away from Fay, then holes up in a series of motels, learns English from TV, though she cannot read or write, knows a lot but somehow does not know what a fork is? (I am sure I have seen people eat on tv) speaks perfect English, except when she can't, is a terrific fighter, except when she is not, etc. Our hero is a 2 dimensional Native American, with mythic powers who has trouble with his feelings. His vocabulary is peppered with (helpfully translated) "indian"language. Other characters pop in and out ( to help drag out this tediously long narrative.) Lots of fight scenes, a little nooky. Needed a good editor to straighten out the storyline. I could go on, but this mess helped me get to sleep for several nights.
and Siobhan is pronounced Sheh-Van.

This was my first Elisa Paige novel. I enjoyed her world building. It intricate languages and how she tied Native American lore into the tale. The story is both hauntingly sad but hopeful at the same time. Felicity Munroe did an awesome job with the narration! I thoroughly enjoyed her work!

Sephti and Koda, as presented in this unique narrative, are two of my favorite characters in urban fantasy. This unique novel requires the listener's full attention to nuances and should not be skimmed. I have listened to it more than once and each time become more fascinated with Ms. Paige's original concept. What a refreshing change from the formulaic works now in mass production!

More Elisa Paige, please, with Felicity Munroe as the narrator. Narration is almost as important as content in audible presentations and Felicity nailed it with this one.