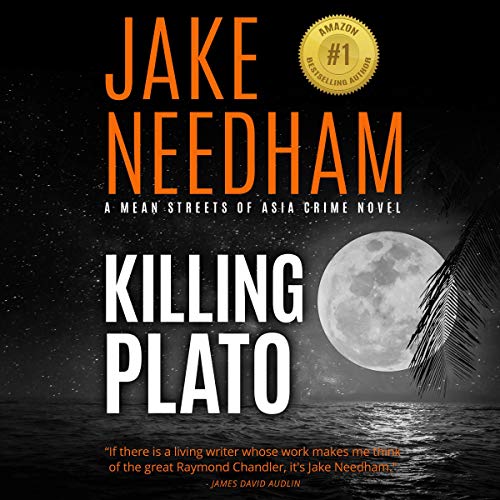 Jack Shepherd was a politically connected American lawyer until he traded the fierce intrigues of Washington for the quiet life of a college professor in Thailand. Everything had been going pretty well for him there, too, at least it had until the day he walked into a bar on the jet-set island of Phuket and found the world’s most famous fugitive waiting for him.

Plato Karsarkis was an international celebrity straight out of Vanity Fair until a New York grand jury indicted him for smuggling Iraqi oil and charged him with racketeering and money laundering. There’s also the matter of a woman he may or may not have murdered to cover it all up. When Karsarkis fled the United States and disappeared, the world’s media whipped itself into a frenzy searching for him.

Karsarkis is waiting for Shepherd in that Phuket bar because he wants to hire him. He figures a presidential pardon would be his ticket back to America, and he thinks Shepherd’s connections to the White House just might get it for him. But the U.S. Marshals are in Phuket, too, and they need Shepherd’s help as well. The marshals want Shepherd to set a trap for Karsarkis so they can grab him and drag him back to New York. All Shepherd wants is for everybody to go away and leave him alone.

At least he does until he learns a chilling secret that plunges him a violent spiral of friendship and betrayal and pulls him straight back into the life he thought he had left behind in Washington.

The marshals aren’t really in Phuket to arrest Plato Karsarkis. They’re there to kill him.

What listeners say about Killing Plato

Jack Sheppard's character is always my favorite.
This book was to catch up on the I'd missed.
Jake Needham does it again. Absolutely loved it.