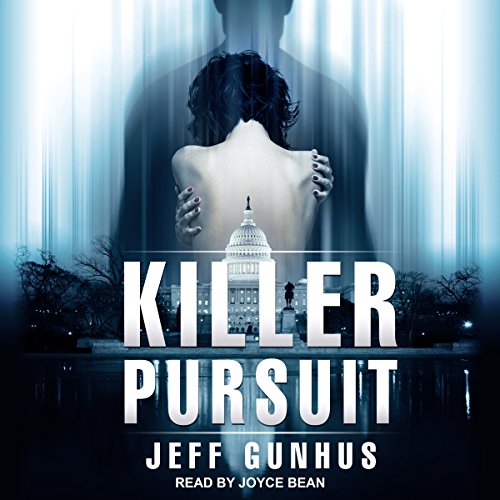 When a high-society call girl is murdered in her Georgetown home, investigators find two cameras hidden in the walls of her bedroom. One has its memory erased, presumably by the murderer. The second is connected to the Internet through an encrypted connection...and no one knows who's on the other end.

Special Agent Allison McNeil is asked by beleaguered FBI Director Clarence Mason to run an off-the-record investigation of the murder because of the murder's similarity to a case she worked a year earlier. Allison knows the most direct path to apprehending the killer is to find the videos, but the rumors that the victim's client list may have included Mason's political enemies has her worried about the director's motives. As she starts her investigation, she quickly discovers that she's not the only one pursuing the videos. In fact, the most aggressive person racing against her might be the murderer himself.

What listeners say about Killer Pursuit